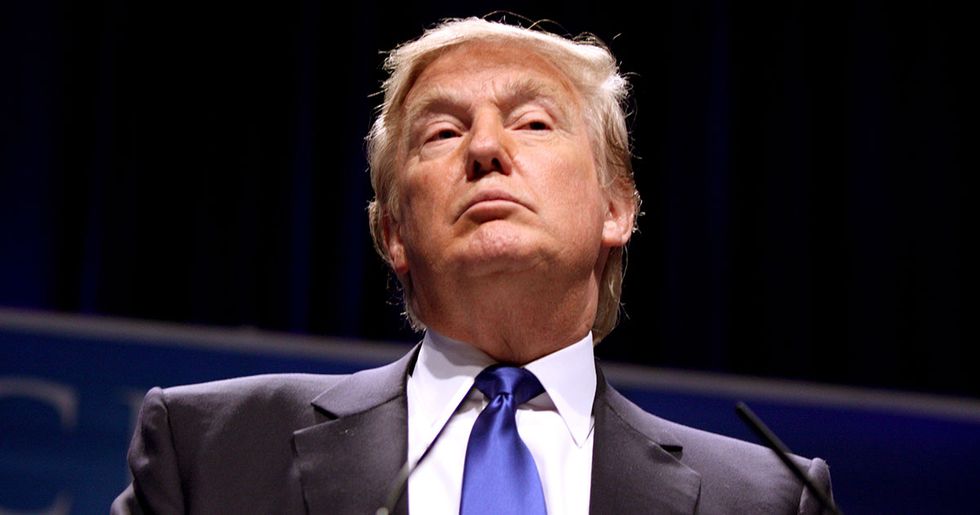 President Donald Trump suggested a string of mail bombs sent to his most prominent critics was a "false flag" event intended to hurt Republicans in the midterm elections -- and social media users were horrified.

Trump tweeted Thursday the "fake news" media was to blame for rising anger in politics, and he lashed out early Friday morning at CNN after the network was targeted by one suspicious package.

He then complained that his Twitter follower account was dwindling before floating a conspiracy theory about the mail bombs, shortly after two more were intercepted on their way to Sen. Cory Booker (D-NJ) and former director of national intelligence James Clapper.

Other Twitter users bashed the president's focus on his own political fortunes, rather than his opponents targeted in the terror campaign.

In the cesspool of Trump's administration, this is yet another low point. He's amplifying the conspiracy theory nut… https://t.co/ZawR7f4f4Z
— Brian Klaas (@Brian Klaas)1540563922.0

Holy shit. The president is suggesting a string of bombs mailed to his critics is a false flag. This is Alex Jones-… https://t.co/ROEhD6XFxv
— Aaron Rupar (@Aaron Rupar)1540564162.0

@realDonaldTrump You are truly a disgusting monster. There is no end to your cruelty. You lack basic humanity.
— Malynda Hale (@Malynda Hale)1540564980.0

@realDonaldTrump Let's be very clear about what this tweet is: @POTUS just signaled an endorsement of the baseless… https://t.co/lU7Lc9VLpm
— Rantt Media (@Rantt Media)1540565208.0