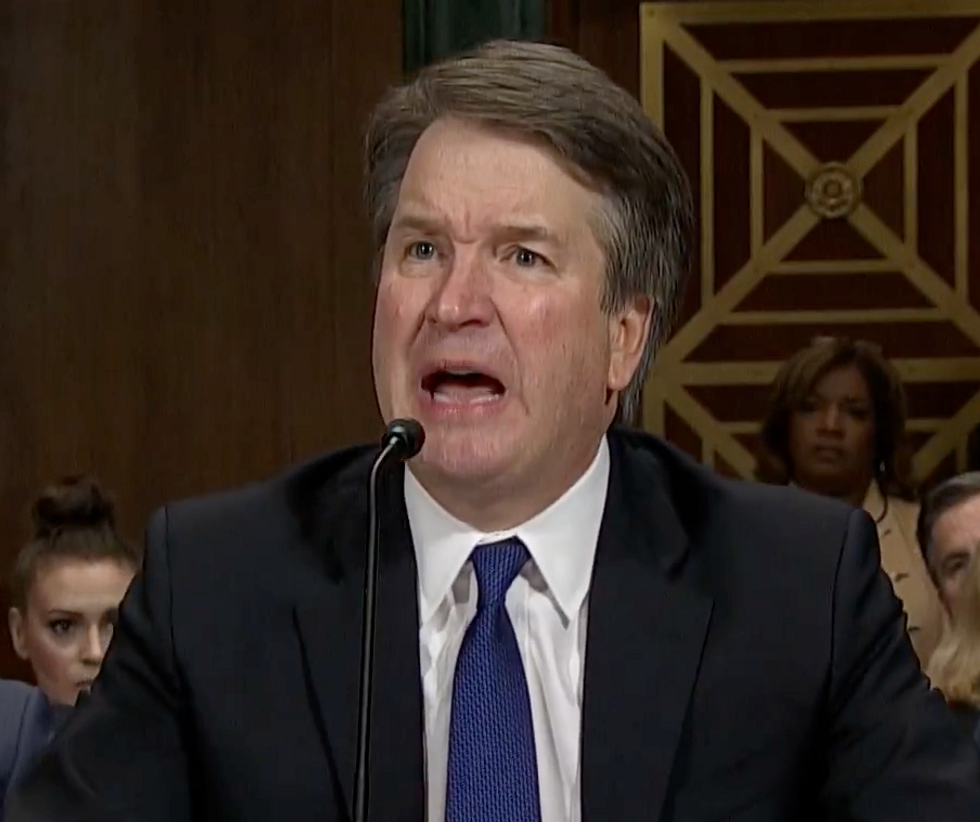 The Kansas City Star — the major newspaper based out of Kansas City, Missouri — denounced its local Republican Senators' support for Supreme Court nominee Brett Kavanaugh in a powerful new piece from the editorial board on Wednesday.

In a message to the Senators from the red states of Kansas and Missouri, the board said that they ought to vote "no" on his nomination if they care about the truth.

In particular, it targeted Sen. Roy Blunt (R-MO), who claimed that Kavanaugh's denial of the allegations of sexual assault made by Christine Blasey Ford was truthful.

"Blunt not only believes Kavanaugh, but believes such a guy would not lie," the board wrote. "Yes, even after the whole country watched him do so under oath, about everything from the meaning of his yearbook inscriptions to having no connections at Yale, his grandfather’s alma mater."

It offered thin praise for the "honest" declaration of Sen. Pat Roberts (R-KS) that he can't think of any reason that he wouldn't vote for Kavanaugh.

The editorial board also pointed out the misleading GOP claim that Kavanaugh's detractors have abandoned the principle of "innocent until proven guilty.

"This popular talking point intentionally conflates the standard for a guilty verdict in a criminal trial with grounds for disqualification from one of nine lifetime appointments to the U.S. Supreme Court," it wrote. "Lying under oath is one of those, as even Trump has said."'

While the board says it believes Ford's accusations against Kavanaugh, it is the judge's dishonesty, it said, that is most decisively disqualifying.

"Still, the truth does matter. We happen to believe Ford. But what we know is that Kavanaugh said so many things that were untrue under oath that he should not be hired for this job," it concluded.