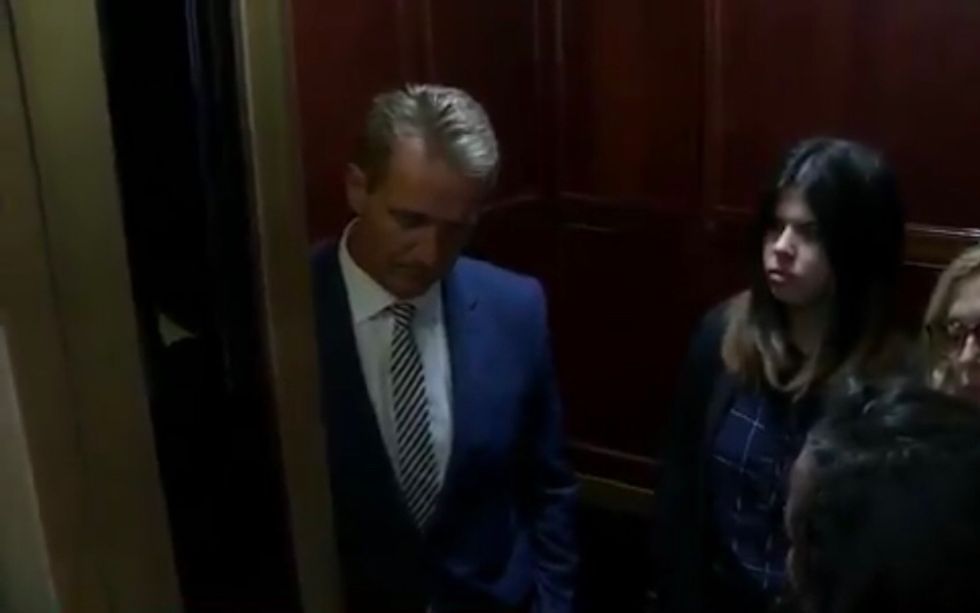 One of the most excited supporters of President Donald Trump's new "renegotiation" of the North American Free Trade Agreement (NAFTA) is Sen. Joni Ernst (R-IA).

After Monday's announcement of the deal, which Trump has rebranded the U.S.-Mexico-Canada Agreement (USMCA), Ernst tweeted, "Thank you, @realDonaldTrump ! The #USMCA is a good trade deal for our state’s farmers.  Looking forward to hosting your next visit to Iowa." And in an interview with CBS, Ernst called the deal a "great win for Iowa farmers and ranchers."

Only one problem: she has not actually read the deal yet. And when CBS's Nora O'Donnell asked Ernst how, exactly, the deal helps Iowa farmers and ranchers, she admitted it.

"We haven't seen the negotiated texts of the language that's being put out there for the agreement and I do look forward to going through that very specific text," said Ernst. "But we do know that we all feel as Americans and Canadians and Mexicans that this is a great way forward. It is modernizing what was NAFTA and we have an even stronger agreement now."

While Ernst has not read the USMCA, plenty of experts have examined the deal, and the broad consensus is that it doesn't really do that much. It requires Canadians to import slightly more U.S. milk, and it tweaks the requirements for foreign-manufactured cars to qualify for tariff exemptions, but neither is likely to have a substantial impact.

The only significant change from NAFTA is an update to intellectual property agreements which was already in the Trans-Pacific Partnership (TPP), the huge four-continent trade deal that President Barack Obama helped negotiate, and that Trump pulled the U.S. out of on his first week in office — something Ernst herself decried at the time.

Trump has previously called NAFTA a "disaster" and the "single worst deal ever approved." But while NAFTA, like many free trade agreements, has faced opposition, most Americans support it. It was an especially good deal for American farmers, because it eliminated Mexican agricultural tariffs.

While it could certainly be argued that USMCA is a marginally better deal for America than NAFTA was, it is hard to argue it was worth it when the cost was blowing up a bigger trade deal that would have grown the U.S. economy by $200 billion and given us equal footing with China in Asian markets.

It makes even less sense considering that in the process of securing this deal, Trump declared a pointless trade war that is threatening hundreds of thousands of U.S. jobs and raising manufacturing costs.