‘It’s Scary’: Presidential Historian Details Why This Power in the Hands of Trump Literally Keeps Him Up at Night 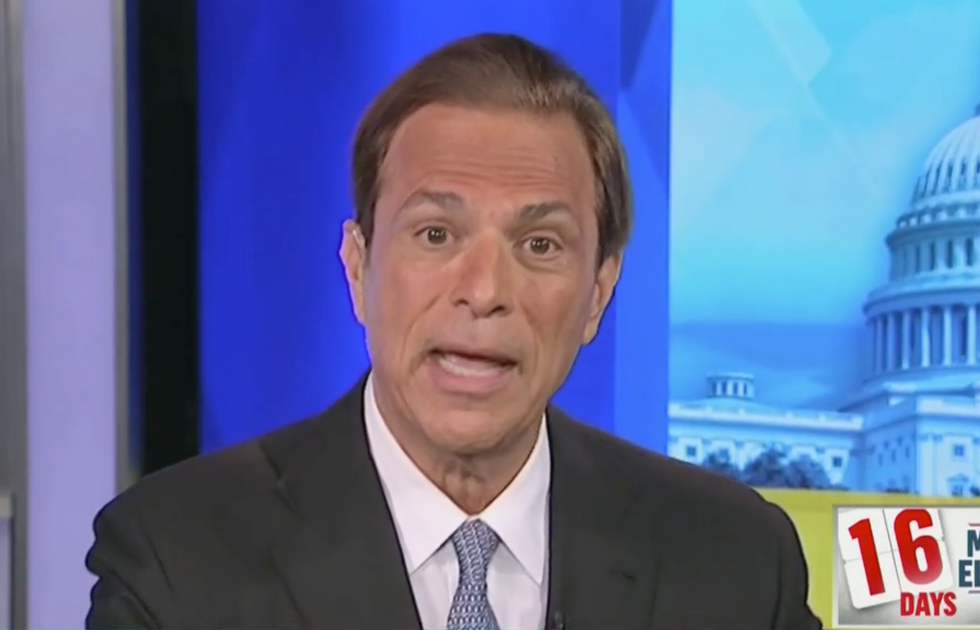 Michael Beschloss, an historian and author of the book “President of War” on Sunday explained why Donald Trump’s ability to lead the nation into a war “almost singlehandedly” should make Americans “extremely nervous.”

Speaking with MSNBC’s Joy Reid, Beschloss explained why the great weight given to president to determine war and peace “should scare the average American.”

“What keeps me literally awake at night is the prospect of Donald Trump is going to push us towards an unnecessary major war for his own political reasons,” Beschloss explained.

“A lot of [former presidents] have emotional breakdowns,” he said. “They all get more religious. They have strong marriages, thank god, that center them, and they all have empathy. A lot of those qualities you don't see in Donald Trump and Trump has tweeted in the past, 2011, 2012 he tweeted that—predicted that—Barack Obama will get us involved in a war to get himself re-elected. Not a great idea to be planted in the head of a president at a time where, as you rightly said, presidents can get us into wars almost single handedly, almost overnight. It is scary.”

“Donald Trump has the single control of nuclear weapons,” he added. "If a Russian missile comes over the north pole or if there is a terrorist incident. There have been fabricated incidents, James Pope did … We all depend on the character of the President of the United States and that should make us extremely nervous.”