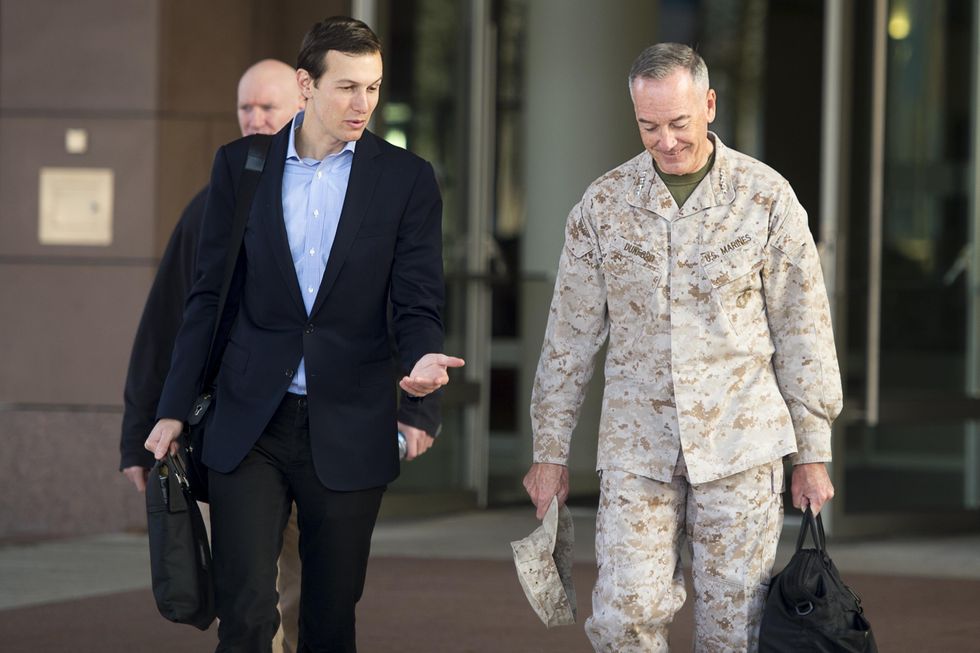 White House officials — up to and including President Donald Trump — continue to bungle the response to the reported murder of Washington Post journalist and United States resident Jamal Khashoggi at the hands of the Saudi government. But one of the key figures in the Saudi-U.S. alliance is receiving particular scrutiny for his role, or lack thereof, in the response: Jared Kushner, the president's son-in-law.

Kushner was already facing blowback for his close relationship with Saudi Crown Prince Mohammed bin Salman, who is believed to be implicated in the plot against Khashoggi. But a new report from the New York Times Thursday contained a few damning details that are triggering even more ire:

Jared Kushner, Mr. Trump’s son-in-law and Middle East adviser, has been urging the president to stand by Prince Mohammed, according to a person close to the White House and a former official with knowledge of the discussions.

Mr. Kushner has argued that the outrage over Mr. Khashoggi’s disappearance and possible killing will pass, just as it did after other Saudi errors like the kidnapping of the prime minister of Lebanon and the killing of a busload of children in Yemen by a Saudi airstrike.

Online observers began expressing scathing responses as soon as the report was published:

It's clear the situation has blown up well beyond the White House's ability to contain it, and the bungled and morally abhorrent response from the country's leadership is nothing short of an international scandal. Whether any of the pushback and outrage will lead to any rethinking of the U.Sadministration's's approach to Saudi Arabia, however, remains to be seen.