Indiana Woman Says She Feels Better After Sending Black Neighbors a 'No N*****s Wanted' Letter: ‘I Released Some Anger’ 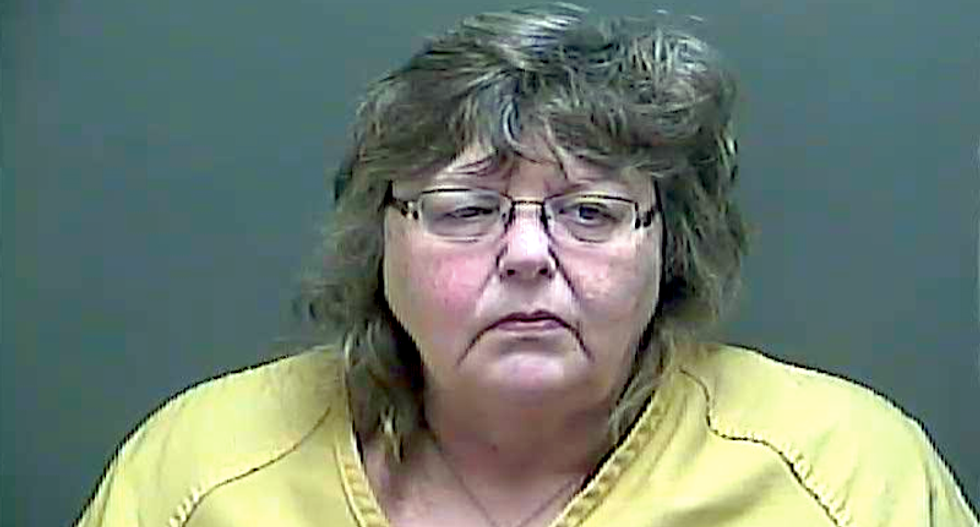 A 63-year-old Indiana woman was arrested after leaving a racist letter aimed at a black child on the door of her new neighbors’ home — and she’s been barred from contacting them again.

Deborah Cantwell was charged with misdemeanor counts of intimidation and criminal mischief, and she was then hit with a protection order stating that “stalking has occurred” and told to stay away from her new neighbors, reported the Kokomo Tribune.

The husband and father of the family told police just after 1 a.m. Oct. 13 that his family’s newly purchased Greentown home had been toilet-papered, and he found a racist letter on the door aimed at his son.

“No N*****s wanted in this neighborhood-THIS IS A WHITE NEIGHBORHOOD-some people find N*****S Stressful,” the letter read. “YOUR N***** KID IS NOT WELCOME.”

“YOU CAN SELL YOUR HOUSE AND MAKE MONEY ON IT RIGHT NOW,” read the last paragraph. “BY THE WAY HOPE YOU HAVE DEEP POCKETS.”

The father told police two days later that he suspected Cantwell wrote the letter, saying the home’s seller told him the neighbor was concerned about the family because of their black son.

Investigators had initially suspected juveniles were responsible for the incident, but they obtained text messages sent by Cantwell that cited health-related concerns that also matched claims in the racist letter.

“I am stressing now that we are going to get black neighbors,” Cantwell texted another person. “I am hoping that more people look at the house and an all-white family are the ultimate buyers. I am afraid the stress of black neighbors could put me in the hospital.

“My blood pressure is elevated just thinking about the possibility,” she added.

Cantwell admitted to police Oct. 18 that she wrote the letter to blow off stream, and complained that black people had previously caused her family unspecified harm.

“I mean, the blacks get away with it every time,” Cantwell told police. “Just rage, I was trying to vent.”

She admitted that she was trying to make the new family feel unwelcome in the neighborhood, but she didn’t think she had really done anything wrong.

“I just needed to let off some steam and it was the – I’m not a violent person so I didn’t think it was any big deal,” Cantwell said.

Cantwell declined to apologize in full and claimed she would seek counseling.

“Yes and no,” she said. “I am sorry that it caused so much ruckus, but I feel like I released some anger writing that letter.”