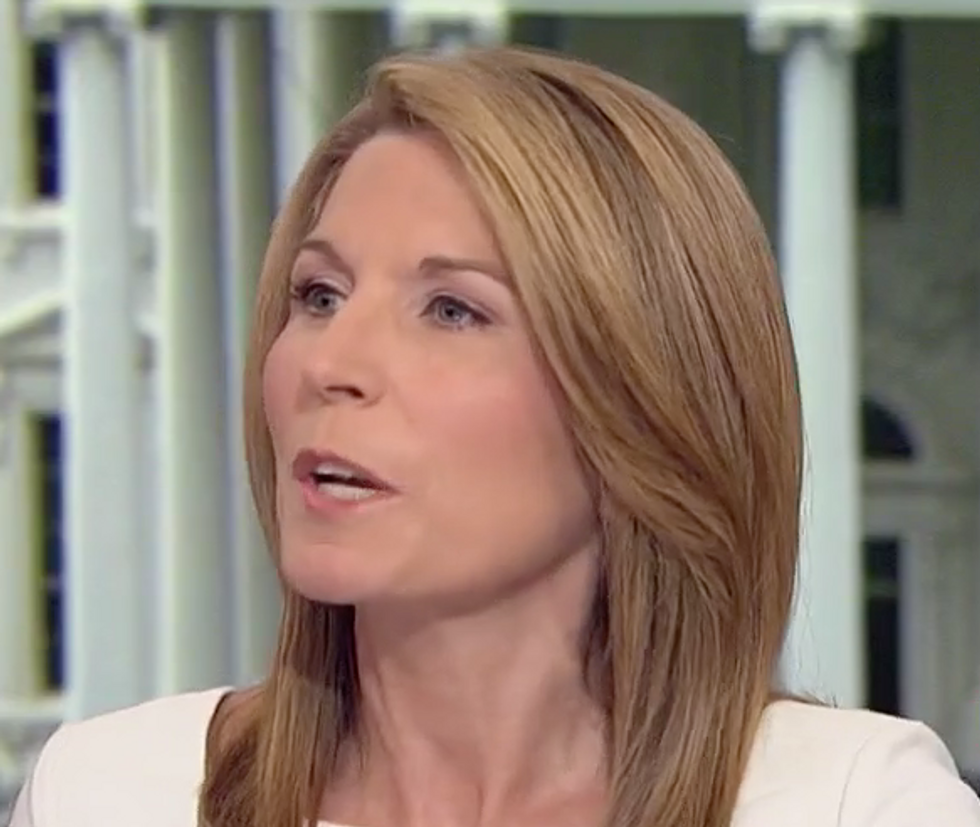 While the United States faces multiple national crises — including a deadly and devastating Hurricane plowing through the Southeast and rising tensions with ally Saudi Arabia over reports that it murdered Washington Post reporter Jamal Khashoggi — President Donald Trump decided on Thursday to host the spectacle of a lunch with Kanye West in the Oval Office.

MSNBC's Nicolle Wallace called out the absurd display on her show "Deadline: White House" as her guests argued that the lunch with West was designed to bolster Trump's ego.

"How, with people dead in Florida and a green card holder, a journalist for the Washington Post, missing and possibly dismembered — how are we talking about the president's needs?" she said. "I'm just disgusted! How do our conversations always go to his primal needs for attention!"

"I remember," said Nicolle Wallace, a former staffer at the Bush White House.

"And in the middle of Hurricane Michael, this guy says, 'I like you!'" Chris Wallace said. "A little contradiction there."