'I Don't Give a Damn Who You Work For': Jared Kushner's Secret Service Detail Blocks Reporter from Questioning the Beleaguered Trump Son-in-Law 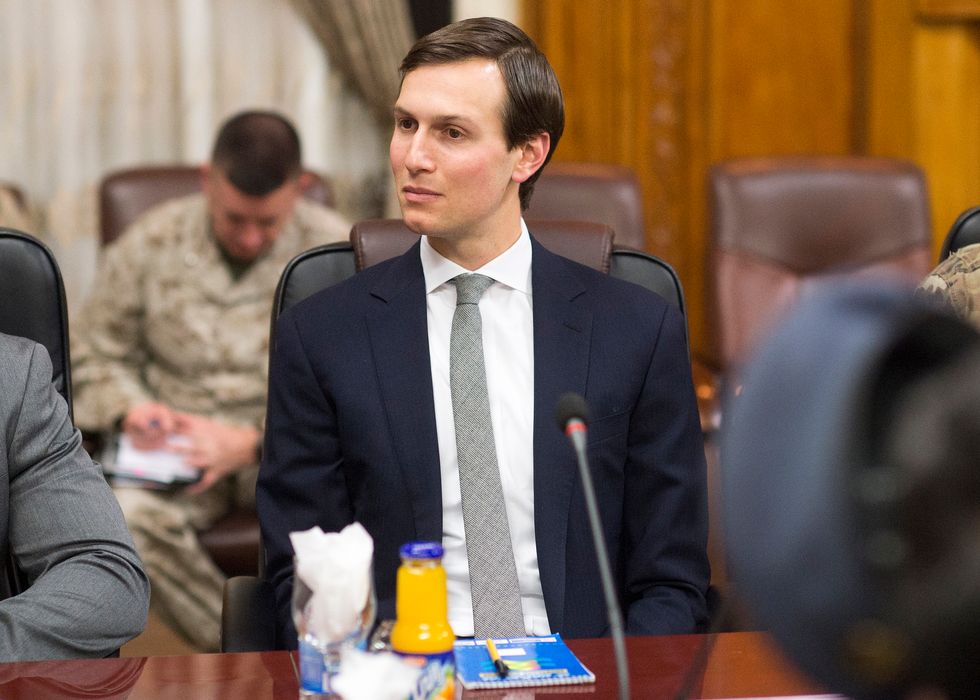 Barnett tried to explain that he was credentialed reporter, but the agent shot back: "I don't give a damn who you are. There's a time and a place."

The Secret Service has said it is investigating the incident.

As Barnett pointed out on Twitter where he posted a video of the encounter, it's not clear when this "time and place" is. Despite Kushner's work on high profile foreign and domestic issues in a position obtained solely through blatantly corrupt nepotism, the first son-in-law is highly averse to responding to press inquiries and almost always refuses to sit for press interviews — even with a friendly outlet like Fox News.

And Kushner is of greater interest than ever before as the relationship with Saudi Arabia's Crown Prince Mohammad bin Salman is throwing the United States' Middle East policy into chaos. New revelations suggesting the prince or others in the regime intentionally had Washington Post journalist Jamal Khashoggi murdered at a consulate in Turkey have drawn harsh criticism to the cozy relationship between the Trump administration and Saudi, which has been fostered to a significant degree by Kushner.

CNN reported Wednesday that Kushner has intentionally tried to avoid public scrutiny as the Khashoggi story has snowballed.

As New York Times columnist Frank Bruni said of Kushner — America's own "crown prince" — "He has his usual moral laryngitis. He’s integral when there’s the hope of credit, invisible when there’s the certainty of blame."