'I Call Upon You to Repent!' Religious Leaders Interrupt and Denounce Jeff Sessions over His Abusive Immigration Policies During Speech 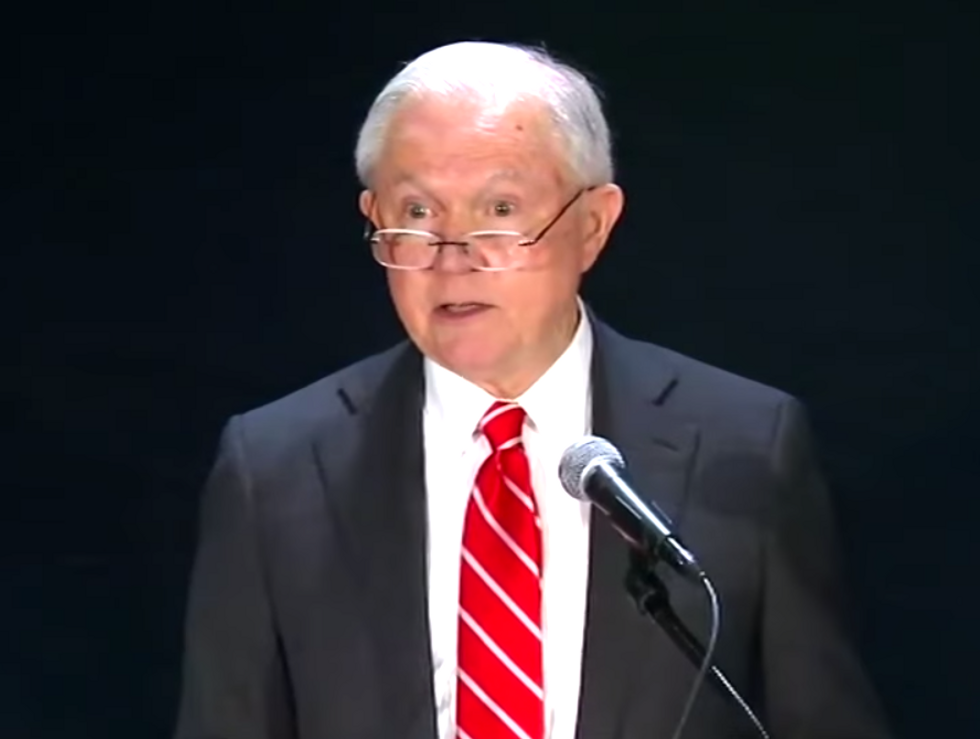 During a speech in Boston on Monday at a meeting of a chapter of the Federalist Society, Attorney General Jeff Sessions was interrupted and harshly scolded by religious leaders at the event who appeared to oppose his draconian immigration policies.

He continued: "Brother Jeff, as a fellow United Methodist, I call upon you to repent! To care for those in need. To remember that when you do not care for others, you are wounding the body of Christ."

At that moment, police officers approached the man and escorted him out of the room. He appeared to be objecting to Sessions' "zero tolerance" policy, which led to family separations of immigrants at the U.S.-Mexico border and the imprisonment of children.

"Well, thank you for those remarks and attack, but I would just tell you we do our best every day to fulfill my responsibility to enforce the laws of the United States," Sessions said in response.

Another man interrupted Sessions again, condemning the removal of the first man for the "free exercise of religion." Others in the audience began to heckle and boo the second interrupter.