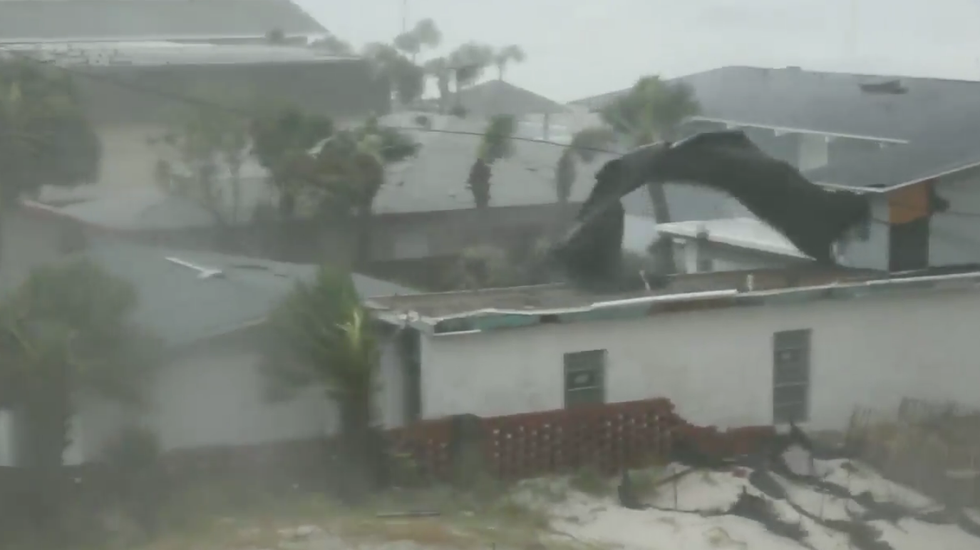 Hurricane Michael is currently wreaking havoc in the Florida panhandle.

Flooding in some areas is so severe that some buildings are almost entirely underwater, with only their roofs peeking out from underneath the surge.

A look at what houses in #Mexico Beach, #Florida look like right now. This is a follow up from the previous clip posted. They are now submerged and were no match for #HurricaneMichael (via Tessa Talarico) #Hurricane #Michael #HurricaneMichael2018 pic.twitter.com/GJENrhFJha

At its fiercest, the winds were powerful enough to rip trees straight out of the ground.

Ginger Zee, an ABC news reporter, was overcome with emotion as she watched a house sliding down the street, carried by the floodwaters.

As of this writing, Hurricane Michael's wind speed has subsided to Category 1. It has now moved into Georgia, the first hurricane to do so since 1898.