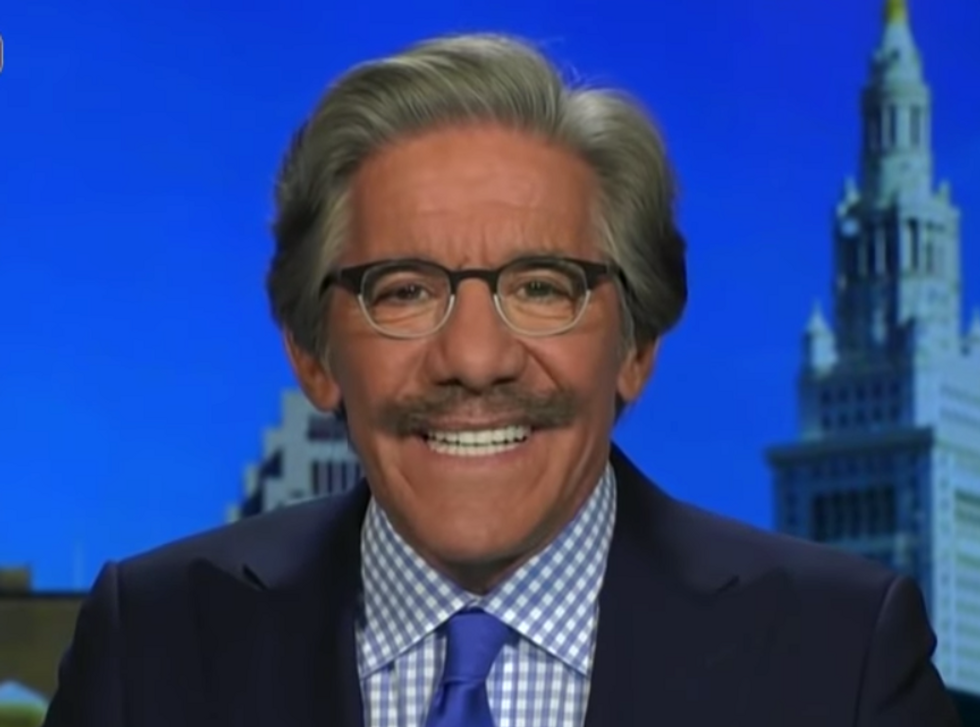 Many wingnuts in the far-right media—from Rush Limbaugh to Ann Coulter to Townhall’s John Cardillo—were quick to claim that the series of pipe bombs mailed to prominent Democrats this week was a “false flag” operation designed to discredit President Donald Trump and the Republican Party. But with investigators having found a suspect, veteran television journalist Geraldo Rivera is retracting his “false flag” claims.

During an October 25 appearance on Fox Business Channel, Rivera told host Trish Regan that he believed the pipe bombs were an “elaborate hoax.”

At 1:17 PM eastern time, Rivera made it clear that he had changed his mind when he posted, “Never mind; outsmarted myself in conjuring false flag operation designed to hurt @realDonaldTrump & #GOP. Actual alleged perp 56-year old #CesarSayoc is apparently stereotype most media assumed: a middle-aged, rabid, extreme right winger w a troubled past & long criminal record."

Rivera elaborated at 1:31 p.m., tweeting, “#CesarSayoc has long criminal history of extremist behavior-like his 2002 bomb threats-which predate @realDonaldTrump’s political career-He’s a self-started amateur extremist- He didn’t need Trump for inspiration. #Congratulations to #FBI & all those whose lives were disrupted.”

Sayoc is sometimes listed as “Cesar Altieri Randazzo” in his social media posts.

Other major Democrats who pipe bombs were sent to this week include Vice President Joe Biden and actor/director Robert De Niro, both of whom have been highly critical of Trump. And a suspicion package that was address to former CIA Director John O. Brennan forced the evacuation of CNN’s New York City offices.