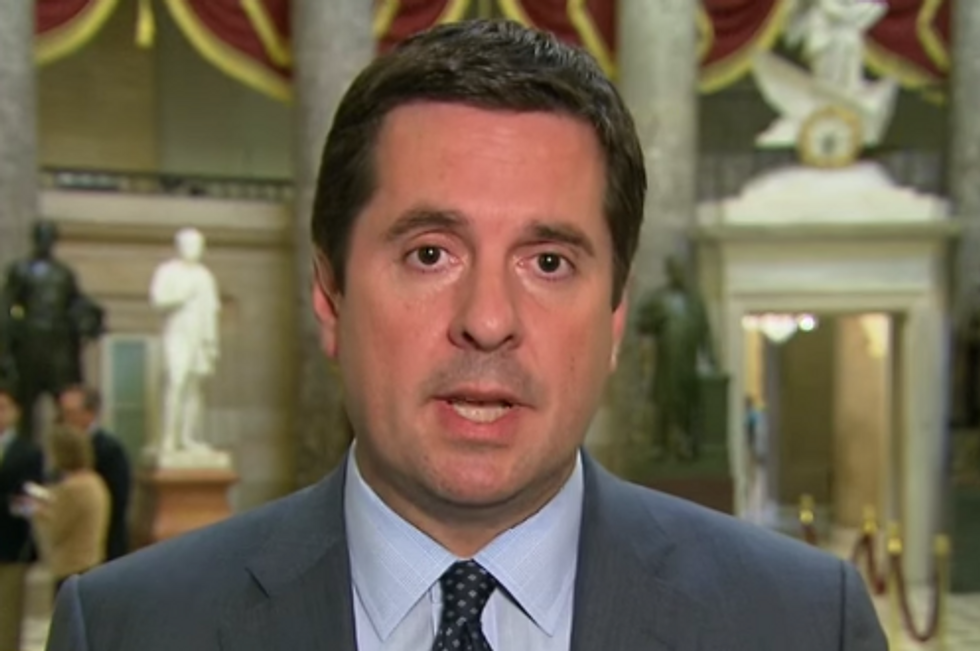 The Fresno Bee, hometown newspaper to Rep. Devin Nunes' has endorsed his opponent in a scathing editorial.

The Bee had supported Nunes since 2002, but this year threw its support behind Andrew Janz, the Democrat "who offers the best chance to both lead the district by attending to its issues and then by striving for bipartisanship in Washington, D.C., which is the only answer to the poison of gridlock politics that is stifling debate and action at nearly all levels."

The paper's editorial board gives a long, detailed explanation of policies that drove it to support the moderate Janz.

It also cracked on Nunes for supporting arty orthodoxy even when it would hurt his district—for example with his votes to undermine Obamacare.

"Nunes did this despite the fact that his district has more people relying on government-paid medical assistance than almost anywhere else in the nation," The Bee writes.

The paper was especially hard on Nunes for refusing to hold town halls, dodging his constituents, and for his close ties to Trump.

The paper says voters in the district have "a chance to become a model for the nation," or go with Nunes "and remain stuck with the damaging partisanship he practices, the party-above-country mode that motivates him to protect President Trump from the investigation into Russian meddling more than meet his constitutional obligations as an independent arm of government."