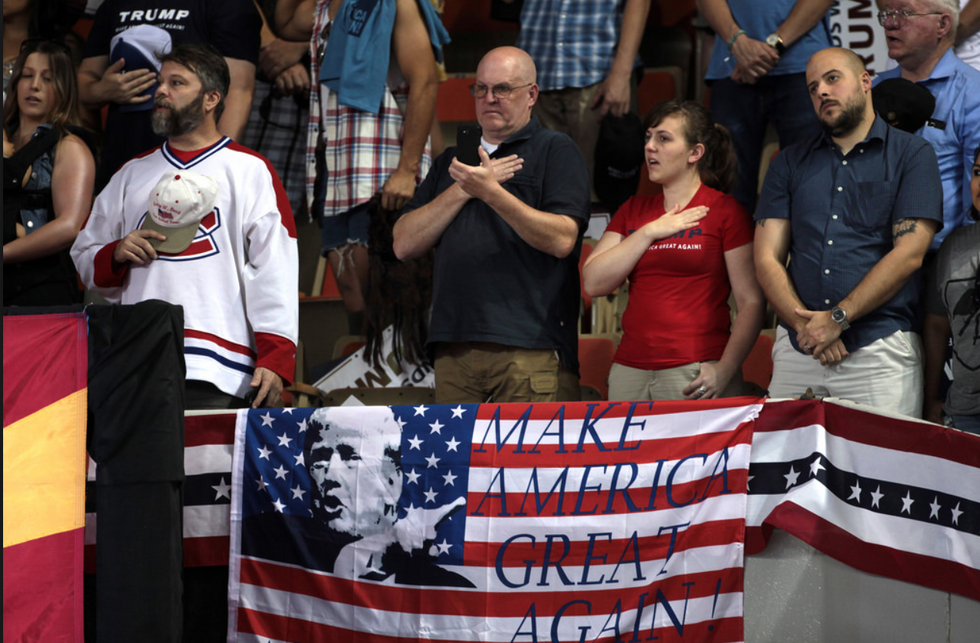 The Brett Kavanaugh Supreme Court hearings have once again exposed massive divides within the United States — and one historian believes the country is closer to civil war than it has been at any time since the 1850s.

Talking with the New York Times, Columbia University historian Stephanie McCurry says that the current split in American society mirrors the split over the legalization of slavery that occurred in the mid-19th century.

“At that point, what you’re looking at is this sense of powerlessness all around about the ability of any institution to mediate not just a political conflict, but a conflict of fundamental values,” she said. “That’s maybe something like what we’re dealing with right now.”

Even more striking, he says, is that Trump supporters’ feelings of cultural alienation have actually increased slightly since his election.

“Trump is continually stoking these feelings of resentment, of loss,” he said. “If you’re already primed to feel that way, getting a sort of regular dose of that kind of rhetoric I think would cause you to continue to believe it.”