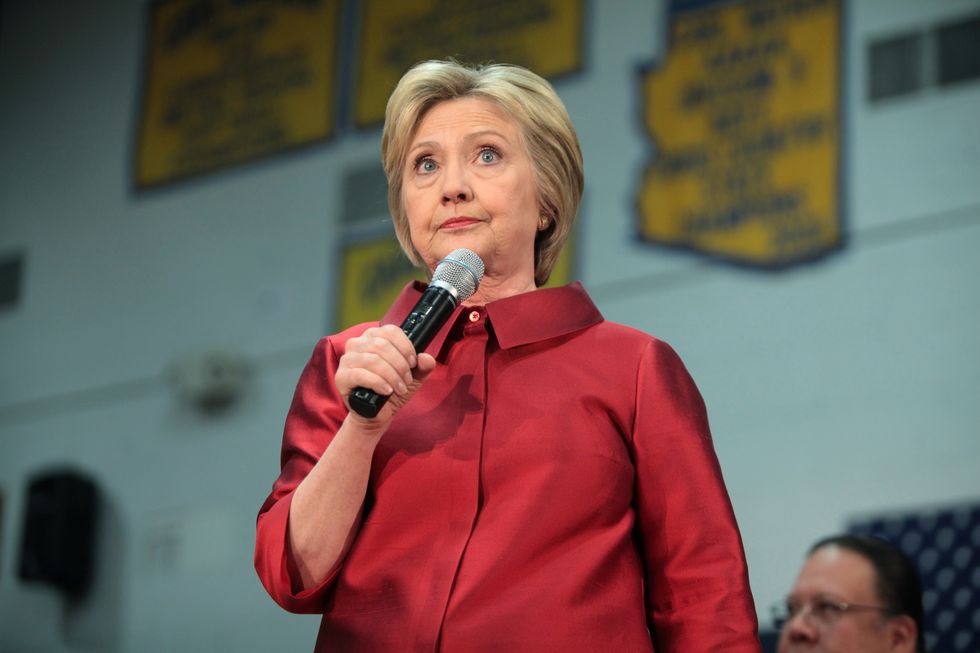 As President Donald Trump bounces from state to state to perform at campaign rallies in an effort to sooth his ego, he's reverted to some of his oldest habits, including attacking Hillary Clinton with baseless conspiracy theories.

This week, he indulged in one of his favorite narratives to try to turn the tables of the Russia investigation. He said that it was not his team that colluded with Russia, but Clinton.

"There was collusion between Hillary, the Democrats, and Russia," Trump said to cheers of "lock her up." "There was a lot of collusion with them and Russia and lots of other people."

It was, of course, evidence-free nonsense — a fact that is emphasized by the complete meaninglessness of the idea that Democrats colluded with "other people."

The tweet refers to an event in July 2016 when Trump explicitly asked the Russians to hack Clinton's emails. According to an indictment from special counsel Robert Mueller, Russian hackers that very same day attempted to access her personal accounts.

This tweet alone is virtually enough to refute the idea that Clinton's team, not Trump's, conspired with the Russians. But it's long been obvious, and confirmed by the U.S. intelligence community, that the Russian government had a clear preference for Trump over Clinton and acted to diminish her chances of prevailing in the election. During that time, Trump was openly cheering the efforts to hack Clinton and her aides and interfere in the election.