Here's How the Trump Administration Is Bringing Back Child Labor 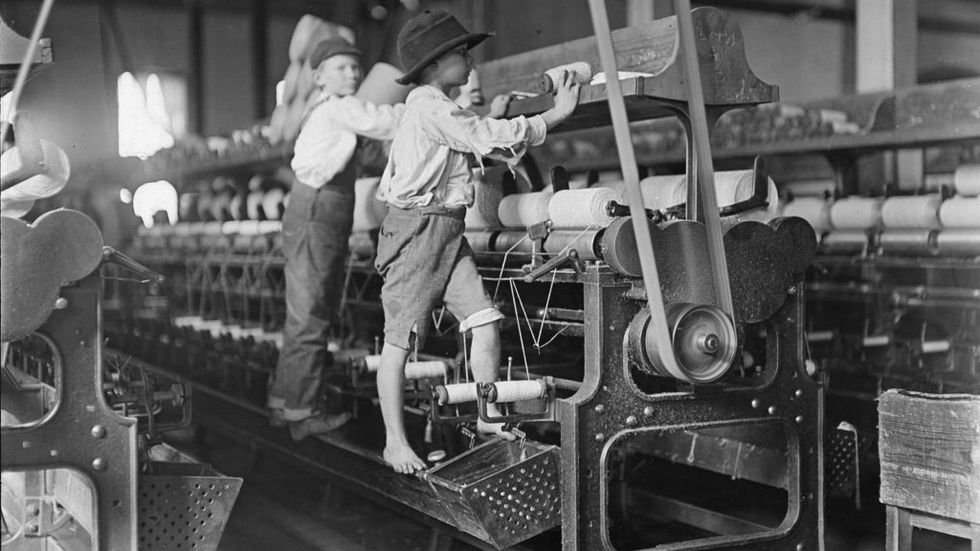 Continuing on its mission to deregulate worker protections, the Trump administration’s Wage and Hour Division of the Department of Labor has proposed a new rule that would allow 16- and 17-year-old nursing-home workers to operate power-driven patient lifting devices without any adult supervision or assistance, despite evidence that it is dangerous. These devices are used to lift and transfer patients out of their beds or a chair who cannot lift themselves.

Huh? You ask. Didn’t we settle the issue of child labor like a century ago? Don’t we have a government agency that researches the hazards of this kind of work?

The Wage and Hour Division of the Department of Labor — and not the Occupational Safety and Health Administration — is the agency tasked with determining what kind of work children can perform safely, under the child labor provisions of the Fair Labor Standards Act. The main rule is that if you are not yet 18, you are prohibited from being employed in occupations that have been declared hazardous by the Secretary of Labor. That seems pretty clear, until you ask what the Secretary of Labor considers to be “hazardous.” For example, is the use of power-driven hoists to lift and transfer patients in hospitals or nursing homes hazardous?

Good question. Wage and Hour didn’t have the expertise to decide, so when this issue first came up during the Obama administration, they went to the National Institute for Occupational Safety and Health for some help. And what did NIOSH say? According to Deborah Berkowitz at the National Employment Law Project:

OK, that sounds pretty clear. Which is why the Obama administration adopted, a common-sense enforcement policy mandating that if a 16- or 17-year-old caregiver is going to use a mechanical lift, he or she must have completed 75 hours of nurse’s aide training and must be assisted by an experienced caregiver who is at least 18 years old.

Despite the NIOSH recommendation and the current policy that seems to be working pretty well, the Labor Dept. has now proposed to rescind this enforcement policy, allegedly in order to expand apprenticeships for young workers.

With over 1.1 million jobs currently open in healthcare and social assistance, the U.S. Department of Labor today announced a proposal to allow younger Americans to safely develop critical skills for fast-growing jobs in healthcare.

New regulations need to be justified with hard evidence. Weakening those regulations also need hard evidence. Wage and Hour must consider all comments and evidence submitted before it issues the final rule. The agency is accepting comments on the proposal until Monday, Nov. 26. If you’re interested, you can submit comments here: www.regulations.gov/comment?D=WHD-2018-0002-0001.

Why are they deregulating and weakening these protections?

A bipartisan group of lawmakers and the regulated community have criticized the 2010 regulation on the grounds that it unnecessarily deprives youth of valuable skills development opportunities; exacerbates staffing shortages at healthcare facilities; delays the care patients receive; and causes youth to manually lift patients – even though using patient lifts is widely recognized as safer.

In other words, the Labor Dept. is bowing to industry pressure for cheap and compliant labor.

Many in Congress aren’t pleased. A group of 47 House Democrats sent a letter to Sec. of Labor Alex Acosta last August “to express their concerns that DOL’s efforts to weaken hazardous work protections for minors could put the health and safety of young workers at risk” and asked that the department first request a NIOSH review of the proposed changes.

Weakening protections for young workers could reverse the progress of lowering fatalities among young workers and further jeopardize their health and safety. Workplace safety laws and the Department’s [Hazardous Occupation Orders (HOs)] have made a difference in saving lives and limbs of young workers. The number of young workers aged 15 to 17 killed on the job has declined over the past 18 years….While we believe in expanding job opportunities for young workers, I am sure you would agree this should not be done at the expense of their health, safety or lives.

Healthcare workers often experience musculoskeletal disorders at a rate exceeding that of workers in construction, mining, and manufacturing. These injuries are due in large part to repeated manual patient handling activities, often involving heavy manual lifting associated with transferring, and repositioning patients and working in extremely awkward postures. The problem of lifting patients is compounded by the increasing weight of patients to be lifted due to the obesity epidemic in the United States and the rapidly increasing number of older people who require assistance with the activities of daily living.

There are many ways to expand job opportunities for young people without risking their safety and the safety of patients in hospitals and nursing homes across the country. The administration should follow the scientific evidence and withdraw this proposal.

Revoking the 2011 DOL Field Memo that prohibits 16- and 17-year-old nursing home assistants from operating patient lifts by themselves would recklessly ignore research and experience and turn over one of the most complicated and hazardous jobs in nursing homes to the least experienced workers. The most vulnerable and dependent patients in the health care system would be at increased risk of injuries that can cause pain, broken bones, medical complications, increased disablement, hospitalization, and frequently, death.