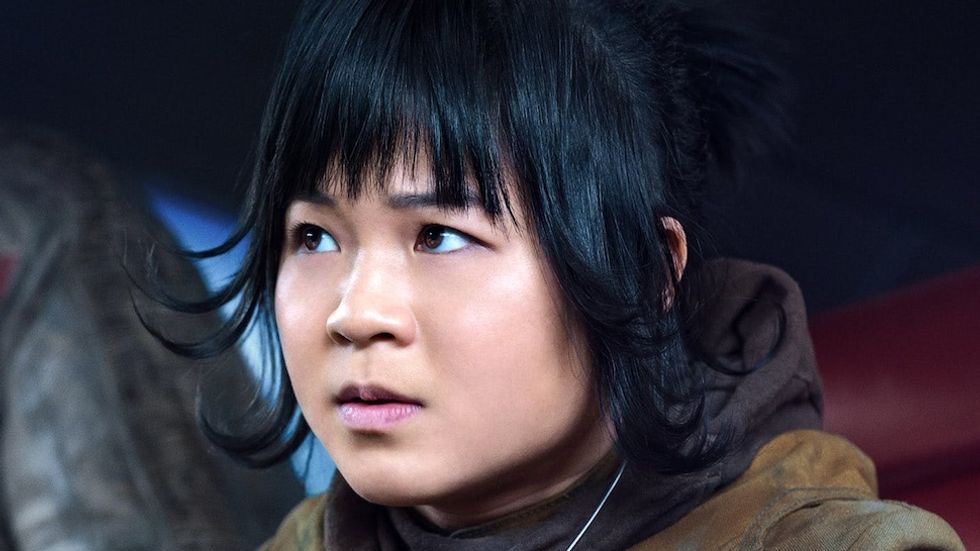 What in the universe could be more powerful than the Force? Government cyberwarfare groups’ trolls, as it turns out.

An academic paper published by researcher Morten Bay of the University of Southern California, entitled “Weaponizing the Haters: ‘The Last Jedi’ and the Strategic Politicization of Pop Culture through Social Media Manipulation,” analyzed the pattern of tweets from online trolls that organized an ongoing campaign to polarize public opinion over the 2017 film “Star Wars: The Last Jedi.”

“The study finds evidence of deliberate, organized political influence measures disguised as fan arguments,” Bay writes. “ The likely objective of these measures is increasing media coverage of the fandom conflict, thereby adding to and further propagating a narrative of widespread discord and dysfunction in American society.”

“Among the 967 tweets analyzed, 206 expressed a negative sentiment towards the film and its director, which is 21.9% or a little more than one in five fans. This number includes all negative tweets analyzed, i.e. also those who came from the 44 accounts identified as bots, sock puppet accounts and trolls. It also includes 61 users who showed clear political agendas in their tweets against the film. Thus, the number of fans whose tweets are purely motivated by a negative stance towards the film is 101 or 10.5%.

Overall, 50.9% of those tweeting negatively was likely politically motivated or not even human.”

These findings corroborate ongoing suspicions that organized trolls who meddled in the 2016 U.S. presidential election weren’t trying specifically to elect Trump, but rather to further divide the country by perpetuating politically polarized views and opinions. Perpetuating such divisions can, over time, fracture the social fabric of a country and sow political and cultural discord; while Russia has been prominently singled out as perpetuating this brand of cyberwarfare, the U.S. government actively uses similar cyberwarfare campaigns to meddle in the political affairs of many different sovereign nations, in an attempt to prop up American interests.

The Russian cyberwarfare campaign that seized on “The Last Jedi” vitriol had a common thread with Russia’s earlier Facebook disinformation campaigns, initiated during the 2016 U.S. presidential election. “Some [trolls] were less focused on politics of party or specific issues and more on identity politics, posting anti-feminist or anti-homosexuality messages, and tweets of a racist nature were also frequent among the accounts in this category,” the study explains.

Not too long after “The Last Jedi” hit the silver screen in December 2017, Kelly Marie Tran, one of the saga’s new breakout stars, suffered an ongoing online harassment crusade that eventually compelled her to terminate her social media accounts. Likewise, racist anti–“Last Jedi” trolls of similar motivation emerged from hiding to throw virtual tantrums on the wiki website FANDOM, defacing Tran’s character’s page with racial slurs.

The abuse wasn’t exclusive to FANDOM’s wiki or Tran’s personal social media pages; vitriol about “The Last Jedi,” mainly complaints that it was overly politically correct and represented a threat to hegemony, pervaded all manner of social media; to this day, there are numerous Twitter accounts with display names like “Star Wars Lives Matter” and "LastJediAwful" devoted entirely to denigrating the movie for the aforementioned sociopolitical reasons. After Tran quit social media, she wrote about how the harassment impacted her in the New York Times.

While Bay’s paper does not specify how many of the government–sponsored troll tweets were directed specifically toward Tran, Bay notes that both the institutional and organic harassment had the same political repercussions.

“Whether the criticism comes from a Russian troll/bot or from a fan who feels increasingly distant from the values presented in the new Star Wars films, the objective of their actions is a political one,” the paper states. “Russian trolls weaponize Star Wars criticism as an instrument of information warfare with the purpose of pushing for political change, while it is weaponized by right-wing fans to forward a conservative agenda and for some it is a pushback against what they perceive as a feminist/social justice onslaught.”

Perhaps it should not be a surprise, the study says, given the political undertone the “Stars Wars” franchise has always had. As the paper continues:

“The Star Wars franchise is an interesting object of study in this regard. Even though it was originally targeted towards cinema-goers who were too young to vote, Star Wars was always double-coded, with layers oriented towards adults, often involving subjective critiques of contemporary politics. Star Wars movies, books, video games, tv shows and comics have consistently attempted to convey left-leaning values. For years, the franchise’s creator, George Lucas, has explained the series’ impetus as partially being a comment on the Vietnam war, which ended just as Lucas started work on the first Star Wars film.”

“I think it is cause for concern because social media platforms would not want a specific side or party to dictate their goals of open, impartial conversation and interaction (because if they allow it indirectly or directly, they alienate a massive swath of their user base),” he told Salon in an email. “Based on our conversations with tech companies, they are aware of the role of bots and are devoting more resources towards attenuating their influence — first in the area of online harassment, and next when it comes to political discourse."

Hinduja said he is “cautiously optimistic” progress will be made in this area.

“Unfortunately, bots are here to stay, bot creators seem to remain one step ahead with their cloaking and replicating efforts, and machine learning is not yet where it needs to be to perfectly identify and quarantine/block malicious automated scripts,” he added.