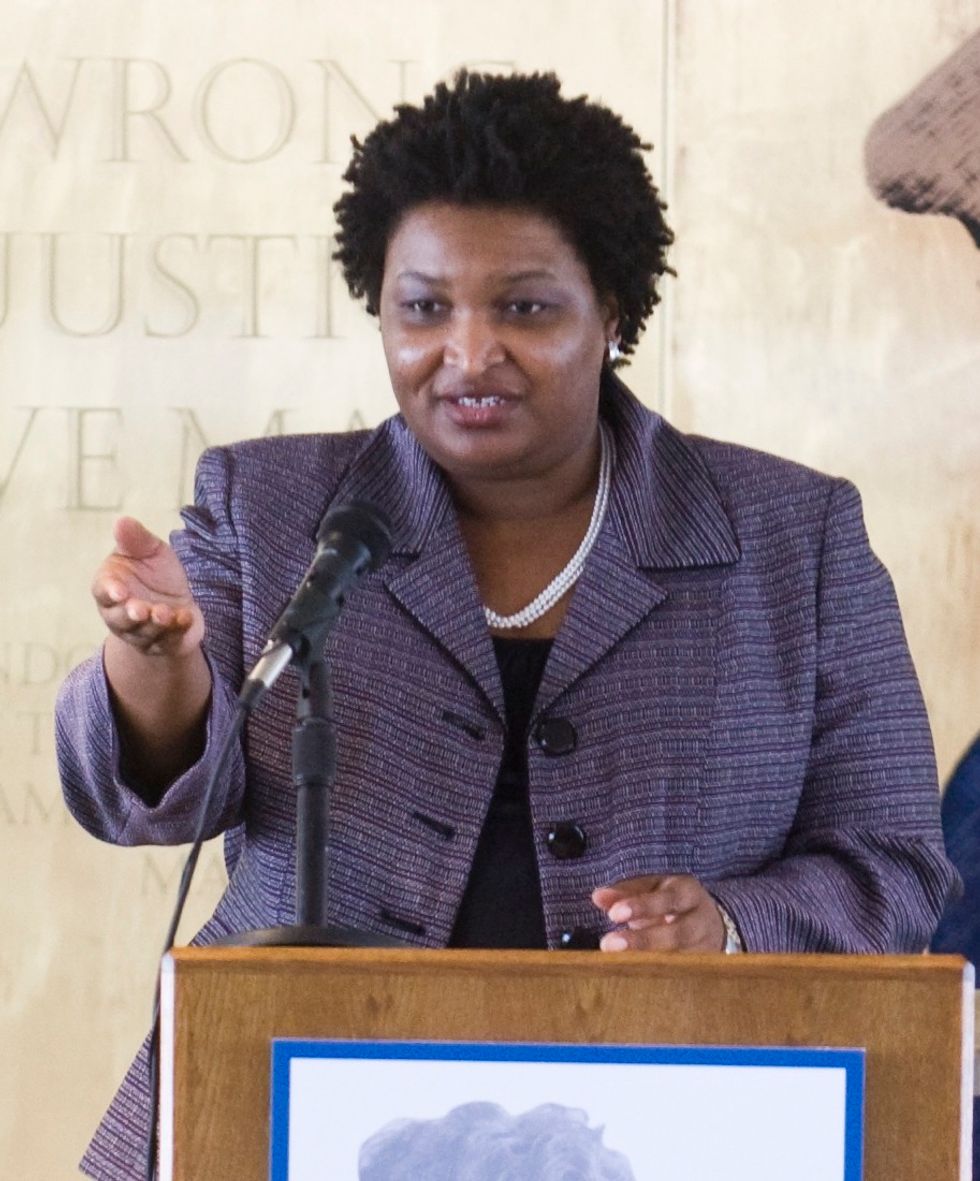 One of my favorite election contests this November is that for Georgia governor.

Not only is Democrat Stacey Abrams, a black state legislator with agreeably progressive policies who has written books of fiction, an appealing candidate, but her Republican opponent, Secretary of State Brian Kemp, is a vocal Trumpist who, among other things, has been trying different routes to squash the black vote in the state.

As Jamelle Bouie writes in Slate Magazine, “In a few weeks, the citizens of Georgia won’t just be casting ballots for their governor; they will be deciding the fate of their democracy.”

Abrams has been assembling a coalition of black and white voters, urban and rural, in an increasingly purple Georgia, and the race is very close – within any margin of error in polling. If elected, Abrams would be the first black woman elected governor in the United States. Kemp has tried to build on the Trump base and focusing his campaign around hostility to the political and cultural opponents of the Republican right.

As secretary of state, of course, Kemp is also the guy in charge of state elections – and the voter rolls. So, as The Associated Press reported that Kemp’s office has stalled more than 53,000 applications for voter registration, you might imagine there has been backlash.

Indeed, even talking heads on MSNBC and other cable networks reflecting both sides of the partisan aisle have called out Kemp for the attempt to kill voter registrations. Just for context, Georgia’s population is 32% black. The AP investigation tracked the 53,000 voters to determine that fully 70% of the registrations on hold belong to black applicants, and a total of 80% are blacks, Latinos and Asian Americans.

Kemp is not the only Republican election official to use his position to weigh down the scale by suppressing the rights of minority voters.

These voters ran afoul of his office’s “exact match” system, which allows the state to put applications on hold for minor discrepancies like a hyphen or initial between registration forms and official state records. And, as Slate explains, while voters can still cast a ballot with a pending registration if they present identification, civil rights groups say that this process creates confusion and raises additional barriers to voting. The discrepancies in question can amount to missing punctuation or small variations in spelling, a purportedly “neutral” procedure that burdens people whose names have punctuation or nonstandard spellings, a group that would appear to include blacks, Latinos and Asian Americans. In 2016, civil rights groups filed suit against Kemp’s office for the “exact match” system, but in 2017, the Georgia Legislature passed a law codifying parts of that system.

Besides, anyone who has worked with data can attest: Name-matches are a horrible way in which to try to verify identification.

Stacey Abrams says, “Brian Kemp’s office has put a hold on processing 53,000 registrations, most of them from Black Georgians. Let’s be clear, this isn’t incompetence – it’s deliberate malpractice.”

Kemp denies his office is guilty of discriminatory intent. But during his tenure as secretary of state, his office has canceled more than 1.4 million voter registrations.

I wrote last month about an attempt by Kemp to eliminate three-fourths of voting locations in a rural black county, something from which Kemp was pressured to backdown. But he has still been able to close polling locations in a number of majority-black areas.

Before the 2014 mid-term elections, Kemp warned Republicans about Democratic registration efforts: “The Democrats are working hard. There have been these stories about them, you know, registering all these minority voters that are out there and others that are sitting on the sidelines. If they can do that, they can win these elections in November.” Soon after declaring that minority-voter registration threatened Republican chances, his office launched a criminal investigation into Abrams’ New Georgia Project for alleged registration fraud. She, and the organization, were cleared of all charges.

As Slate and others have reported, Kemp is not the only Republican election official to use his position to weigh down the scale by suppressing the rights of minority voters. Kansas Secretary of State Kris Kobach has become notorious for his efforts to secure “election integrity” through voter purges and other efforts to shrink the electorate, including strict voter-identification requirements for registration. Trump chose Kobach for a since-disbanded commission meant to investigate voter fraud, which critics described as an attempt to nationalize voter-registration purges. Kobach is now the Republican nominee in a closely contested race for governor of Kansas, and, like Kemp, he may benefit from his efforts to shape the electorate to his liking.

Across the country, Republican politicians have used the threat of voter fraud and the promise of “election integrity” to justify new barriers to registration and voting. A voter-identification law in North Dakota, for example, effectively disenfranchises thousands of Native American voters who use a postal box and not a residential address. And the GOP has embraced partisan and racial gerrymandering to sharply reduce the influence of Democratic constituencies.

Much of this renewed voter suppression effort has arisen since the Congress refused to renew the Voter Rights law set aside by the Supreme Court. With the addition of conservative Justice Brett Kavanaugh, that is unlikely to change, though the same court has ruled against state gerrymandering.

It would be a welcome thing to see voters reject this thinking, and to elect Abrams as a benefit.