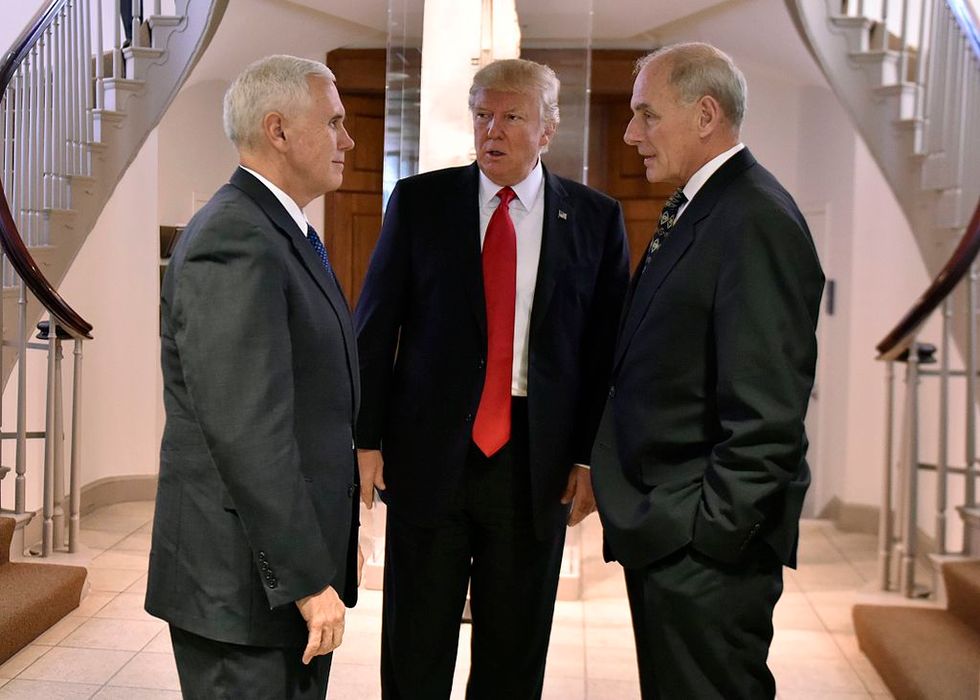 Following the midterm elections on Nov. 6, where Democrats are expected to make major gains in the House, it appears that the White House is bracing for major personnel changes as multiple cabinet members and senior officials seem to be headed out the door.

According to Politico, as many as six cabinet members are expected to be gone, either by resigning or being fired by President Donald Trump.

Questions remain whether Kelly stay on.

Those high ranking officials will be joining others who have either already left for greener pastures or were pushed out, including former Secretary of State Rex Tillerson, Veterans Affairs chief David Shulkin and UN Ambassador Nikki Haley.

According to Politico: "The two-year mark of any administration offers a natural break in which Cabinet officials depart. The incentive to leave would grow if Democrats win control of the House, giving them control of oversight committees — and the power to drag top Trump officials to Capitol Hill for televised grillings."

The report goes on to note that Trump will likely try to fill any spots that open up with nominees he believes will "benefit him politically."

“The president is looking to get better performers – all of these decisions are being made in the context of the re-election campaign,” said one Republican close to the White House. “Trump wants the strongest possible A-team going into 2020.”

You can read more about the possible post-election exodus here.