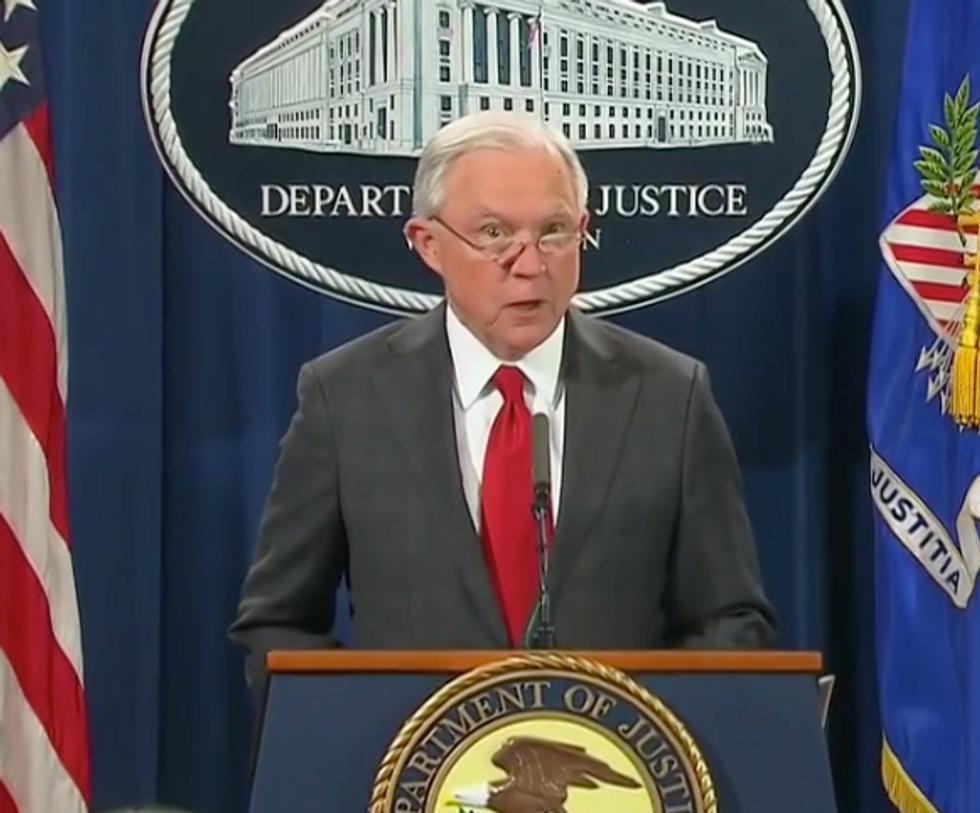 After the arrest, Attorney General Jeff Sessions and other officials delivered a press conference to discuss their progress on the case. Sessions emphasized that political violence, of the form Sayoc is accused of, is antithetical to the Democratic process.

Here are five things we learned from the pres conference:

1. Sayoc has been accused of five federal crimes.

Among the crimes he has been accused of is the Illegal mailing of explosives and threats to former presidents.

3. The crimes he is accused of may be changed or amended.

The criminal complaint that has already been issued by the Justice Department is not the final word on the charges in this case.

Multiple departments and numerous agents were involved in tracking Sayoc down.

5. Wray confirmed that Sayoc is believed to have sent thirteen devices — and they were not "hoax devices."

The explosive devices were made with PVC pipe, Wray said. They may have been activated by pressure or physical handling of the bombs, he explained, though none detonated.

6. Sayoc's fingerprint was reportedly discovered on one of the bombs.

Wray said that the FBI may have also discovered additional DNA evidence tying the devices to Sayoc.

7. The FBI director warned that there may be other packages still in transit.

He called on the American people to still be vigilant in reporting any suspicious activity that might be related to the crime.