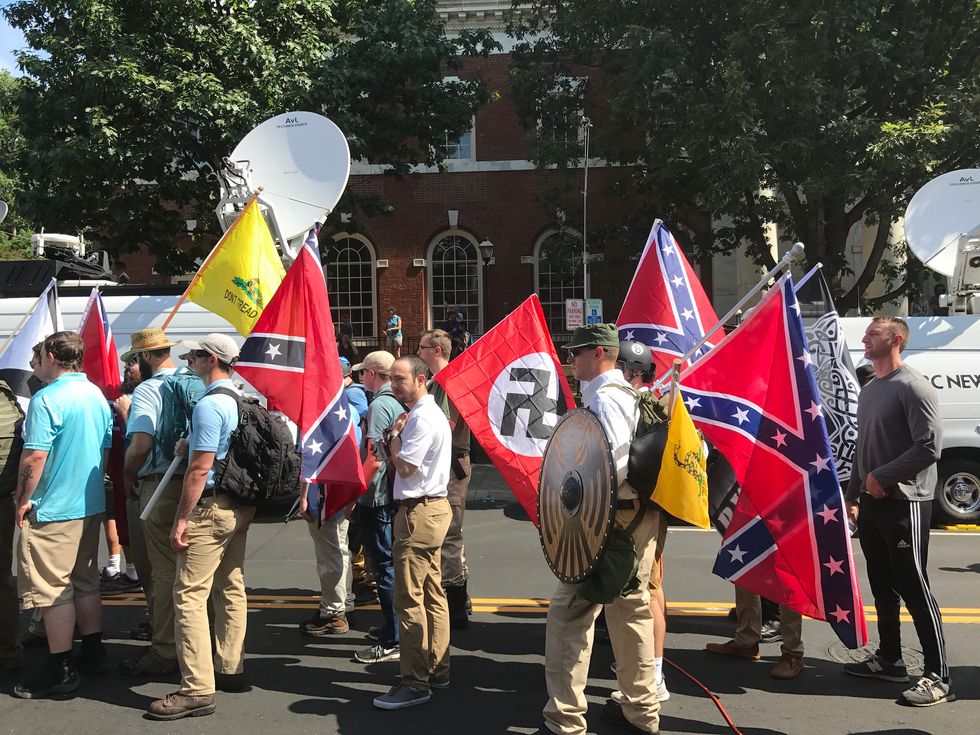 It remains to be seen who is behind these attacks, which conservative Washington Times columnist Jennifer Rubin has correctly described as “a coordinated attempt at mass assassination.” Some wingnuts and conspiracy theorists on the far right, however, have jumped to the knee-jerk conclusion that “leftists” are behind the attacks. On Twitter, Newsmax’s far-right John Cardillo posted, “Investigators need to take a serious look at far-left groups like #Antifa when investigating the bombs sent to Soros, Obama and the Clintons. These smell like the false flag tactics of unhinged leftists who know they’re losing.” And AM talk radio host Rush Limbaugh speculated that a “Democratic operative” was sending the pipe bombs, insisting, “Republicans just don’t do this kind of thing.”

Limbaugh, Cardillo and others on the far-right are so deeply racist that they cannot conceive of terrorist attacks being carried out by far-right white males. In their view, only people of color or radical Islamists are capable of terrorist violence. But in fact, vicious terrorist attacks carried out by far-right white males have been plentiful in the U.S. for generations. Here are five of the worst ones that have occurred in recent years.

After Republican Rep. Steve Scalise of Louisiana was shot by James Hodgkinson in a domestic terrorist attack on June 14, 2017, far-right AM talk radio host Michael Savage blamed MSNBC for the attack—which, of course, MSNBC vehemently condemned—and made the idiotic claim that the left was uniquely violent. But only two months later, on August 12, 2017, a Unite the Right rally in Charlottesville, Virginia quickly turned violent—and 32-year-old activist Heather Heyer was killed in an act of vehicular homicide. One of the rally’s organizers, white supremacist Jason Kessler, applauded the killing, describing Heyer as a “fat, disgusting communist” and the attack as “payback time.”

The African Methodist Episcopal church has been a home of civil rights activism for generations. And when the Emmanuel AME Church in Charleston, South Carolina was targeted for a terrorist attack on June 17, 2015, it was especially cruel in light of the church’s long history of fighting white supremacy—Dr. Martin Luther King, Jr. himself once spoke there. The confessed terrorist, white supremacist Dylann Roof, shot and killed nine people that day during a prayer service. All of them were black, which was the point: Roof’s crime was racially motivated, and starting a race war was his stated goal.

Planned Parenthood has been a target of violent anti-abortion extremists and Christian dominionists (most of them far-right white males) for decades. And on November 27, 2015, white anti-abortion terrorist Robert Dear, Jr. went on a shooting spree at a Planned Parenthood clinic in Colorado Springs. Three people were killed—none of whom actually worked for Planned Parenthood—and nine others were injured. Dear was an admirer of the late Paul Jennings Hill, an Army of God terrorist who killed two people during an anti-abortion attack in Pensacola, Florida in 1994 and was executed by lethal injection in 2003.

On May 26, 2017, three people were stabbed during an anti-Islam attack on a commuter train in Portland, Oregon—two of them fatally (Taliesin Myrddin Namkai Meche and Ricky John Best), although one of them survived (Micah David-Cole Fletcher). Meche, Best and Fletcher were passengers on the train that day when they observed a white male shouting anti-Islam insults at two women, one of whom was wearing hijab. And when the passengers intervened, he stabbed all of them. Jeremy Joseph Christian, a white supremacist known for his anti-Islam views, was charged with murder.

White supremacist James Harris Jackson visited New York City on March 20, 2017 for one purpose: to kill black men—and the person Jackson chose at random was 66-year-old Timothy Caughman, who he fatally stabbed. Jackson confessed that he would have committed even more killings if given a chance, as he was planning a larger attack on black men in Times Square.