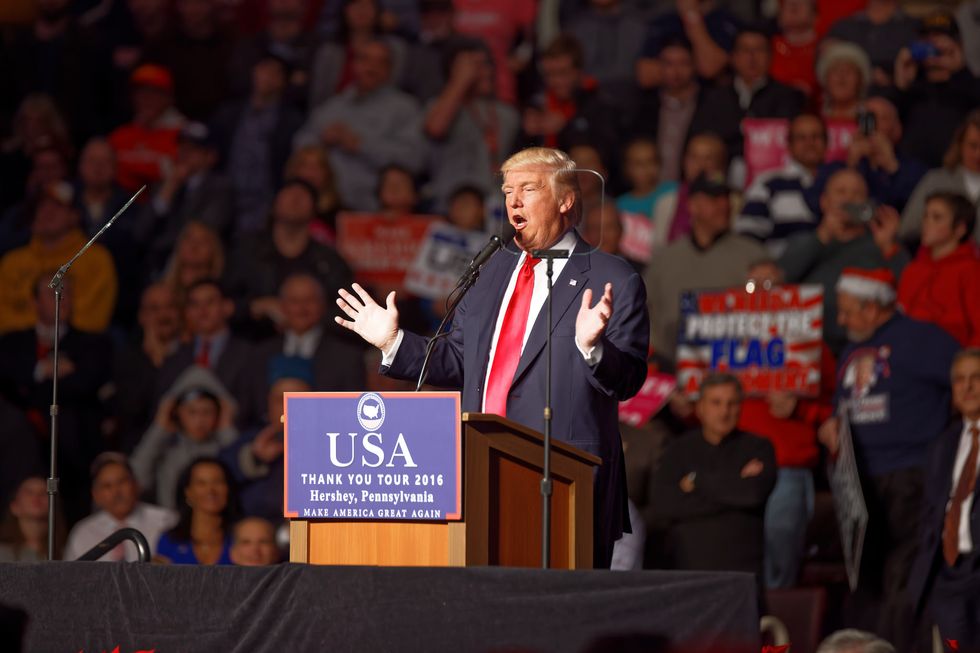 Since being sworn into office on January 20, 2017, Donald Trump has been the most scandal-ridden president since Richard Nixon. In fact, those who are old enough to remember Watergate—including prosecutor Jill Wine-Banks, journalists Dan Rather and Carl Bernstein and former White House Counsel John Dean—have expressed a strong feeling of dÃ©jÃ  vu when comparing the Trump and Nixon eras. But with Trump, the scandals came much quicker in his presidency: Nixon was into his second term as president when Watergate entered the public consciousness, whereas Trump’s administration was surrounded by controversy, turmoil and chaos from the beginning. And it is difficult to keep track of Trump’s scandals because there are so many of them.

No sooner is Trump’s former campaign Paul Manafort agreeing to plead guilty to criminal charges and cooperate in Special Counsel Robert Mueller’s investigation than Trump’s second Supreme Court nominee, Brett Kavanaugh, is being accused of sexual abuse by three different women—and no sooner is the controversial Kavanaugh confirmed to the High Court than one is distracted by the torture and murder of Saudi journalist Jamal Khashoggi and Trump’s anemic, pathetic response to an international scandal. With Trump’s presidency, the scandals never end.

Here are five Trump-related scandals that the public has already forgotten about.

In December 2017, the Trump Administration’s former national security advisor, Michael Flynn, pled guilty to lying to the FBI in connection with Mueller’s investigation. Flynn admitted that when the FBI spoke to him, he lied about his contact with Russian Ambassador Sergey Kislyak. But Flynn’s legal problems have often been overshadowed by the legal problems of other Trump associates, including Manafort,  Michael Cohen (Trump’s former personal attorney) and Rick Gates (a former Trump campaign aide and the star witness in Manafort’s first trial).

On September 28, 2017, Trump boasted on Twitter that his response to Hurricane Maria in Puerto Rico was “amazing.” But many Puerto Ricans have a very different view, including San Juan Mayor Carmen YulÃ­n Cruz, Gov. Ricardo RosellÃ³ and Rep. Luis GutiÃ©rrez—all of whom believe that he dropped the ball badly after Hurricane Maria. And Trump only made matters worse when, in September 2018, the estimated death toll from the tragedy was raised from 64 to almost 3000 and he insisted that the new figures were a major exaggeration. CNN contributor Ana Navarro (a NeverTrump conservative) and others were outraged that Trump made the increased Hurricane Marie death toll all about him, but that scandal was quickly buried thanks to Manafort’s decision to cooperate with Mueller rather than go through with a second criminal trial.

In August, White House Press Secretary Sarah Huckabee Sanders made a bombshell announcement: Trump had decided to revoke former CIA Director John Brennan’s security clearance. But August was such a tumultuous month that

Brennan fell out of the headlines. On August 21, Manafort was found guilty of eight criminal counts during his first trial—and Cohen confessed to eight counts, including tax evasion and campaign finance violations.

In January 2018, Trump showed his racist nature when he decried immigration from “shithole countries”—including Haiti, El Salvador and some countries in Africa—while calling for more immigration from Norway. But that scandal didn’t last long. As offensive as it was, it ended up taking a back seat to all the Trumpistas caught up in Mueller’s investigation.