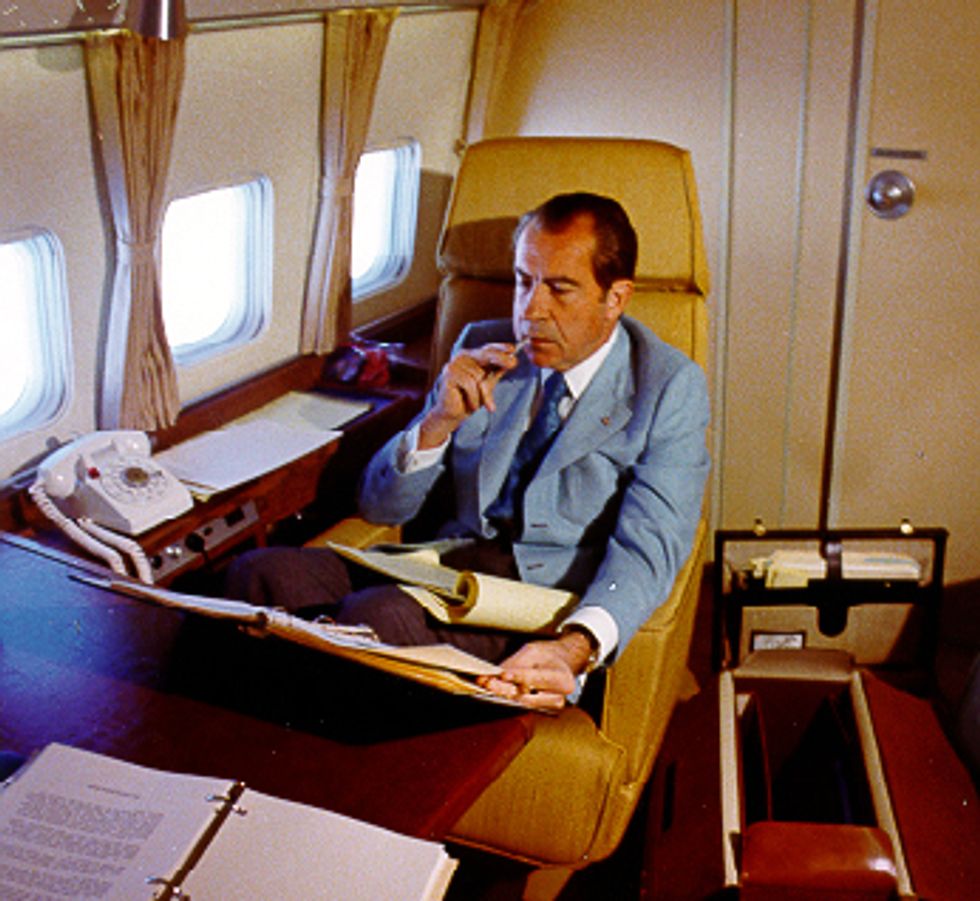 With the 2018 midterms less than a month away, a new American Baromenter/Hill.TV poll shows that among Millennials, Democrats hold a 30% advantage over Republicans when it comes to the generic ballot. And according to a CNN poll released on October 10, 63% of women have a generic ballot preference for Democrats (factoring in both men and women, the preference decreases to 54%). Certainly, there are many reasons why Republicans should be crushed at the polls on Tuesday, November 6—from their efforts to deprive millions of Americans of health insurance to President Donald Trump’s low approval ratings to the fact that some of his closest associates have confessed to major financial crimes (including his former personal attorney, Michael Cohen, his former campaign manager, Paul Manafort, and former campaign aide Rick Gates).

But history shows that the GOP has incredible discipline as a party and can be great at driving turnout and rallying its older, predominantly white base—and a party that survived Watergate, Iran/Contra, Hoovervilles and many other scandals and debacles can also survive Trump’s disastrous presidency. Given the GOP’s ability to bounce back repeatedly no matter how badly it screws up, Democrats underestimate Republicans at their own peril in the 2018 midterms.

Here are five blunders, scandals or debacles that should have sunk the GOP permanently but illustrate the party’s incredible resilience.

1. Hoovervilles and the Great Depression

The worst economic disaster in U.S. history occurred under President Herbert Hoover’s watch in 1929, which marked the onset of the Great Depression. Unemployment soared in 1930 and 1931, reaching around 25% in 1932—and homelessness increased to the point that countless shantytowns emerged and were dubbed “Hoovervilles.” Not surprisingly, Hoover became wildly unpopular and was voted out of office when Democrat Franklin Delano Roosevelt enjoyed a landslide victory in 1932. FDR’s New Deal worked: by 1942, unemployment was down to 4.7%.

After Hoovervilles and the agony of the Great Depression, some Democratic strategists predicted that there would be a permanent Democratic majority. But Republican Dwight D. Eisenhower was elected president in 1952, although Ike was smart enough to support many elements of the New Deal and would be way too sane and sensible for the GOP of the Trump era.

The GOP not only survived Hoover’s 1929-1932 presidency, Sen. Joseph McCarthy’s anti-communist witch hunt of the 1950s and Sen. Barry Goldwater’s landslide presidential defeat in 1964—it also survived the Watergate scandal in the 1970s. After President Richard Nixon resigned from office in disgrace in 1974 and President Gerald Ford lost to Jimmy Carter in 1976’s presidential election, some Democrats naively assumed that the GOP had been permanently wounded. But President Ronald Reagan won by a landslide in 1980 and was reelected by a landslide in 1984.

Lynyrd Skynyrd’s 1974 hit “Sweet Home Alabama” contains the infamous line, “Watergate does not bother me”—and in 2018, similarly, there are plenty of Trump supporters who agree with the president’s claim that Special Counsel Robert Mueller’s investigation is a witch hunt and will chant in favor of locking up Hillary Clinton or Sen. Dianne Feinstein but not Paul Manafort (who they see as a victim), Michael Cohen or Rick Gates. At Trump rallies, no one chants “Lock him up, lock him up” in reference to Manafort or Cohen.

In 1986 and 1987, President Reagan’s Democratic critics were hoping that the Iran/Contra scandal would be the nail in the GOP’s coffin. Arms were sold to the Islamic fundamentalist government in Iran in order to fund the Contras, an insurgent movement to overthrow the leftist Sandinista government in Nicaragua. But regardless of Iran/Contra, Reagan’s vice president, George H.W. Bush, was able to ride Reagan’s coattails and win the 1988 presidential race over Democrat and former Massachusetts Gov. Michael Dukakis.

In 1979, Islamists in Iran were holding Americans hostage—in 1986, they were being armed by Republicans. And if Iran/Contra didn’t sink Republicans in the 1988 election, Russian interference in the 2016 election isn’t going to discourage hardcore Trumpistas from voting Republican in the 2018 midterms.

The George W. Bush Administration’s decision to overthrow dictator Saddam Hussein in Iraq was one of the worst foreign policy blunders in U.S. history, causing considerably chaos in that part of the world and ultimately leading to the growth of the vicious ISIS (Islamic State, Iraq and Syria). The Iraq War was so unpopular that in the 2006 midterms, Democrats gained control of both the Senate and the House of Representatives—and in 2008, Barack Obama was elected president.

In 2009, some Democrats were talking about a permanent Democratic majority. Yet Republicans retook the House in 2010 and the Senate in 2014, once again demonstrating that Democrats are foolish to believe that common sense will always save the day.

George W. Bush was still president in September 2008, when the Great Recession escalated into the U.S.’ worst economic crisis since the crash of 1929 and the Great Depression. And after Barack Obama became president in January 2009, Republicans managed to blame him for an economic meltdown that started under Bush’s watch. Unemployment eventually decreased, especially during Obama’s second term. But in 2018, Trump is claiming that an economic miracle occurred under his watch—and that the best way to protect prosperity is by voting straight Republican in the midterms.

Time and time again, the Republican Party has bounced back from everything to recessions and depressions to criminal investigations to failed wars. And given the GOP’s resilience, Democrats are naÃ¯ve if they assume that Mueller’s investigation, the president’s relentless misogyny and racism, or Kavanaugh’s lack of popularity will automatically propel them to a lot of victories on November 6.

Going up against a party that is so effective when it comes to turnout, deceptive messaging and rallying its base requires more than good campaigning—it requires exceptional campaigning. And as history shows, Republicans often finds ways of coming out on top no matter how many times they drop the ball.