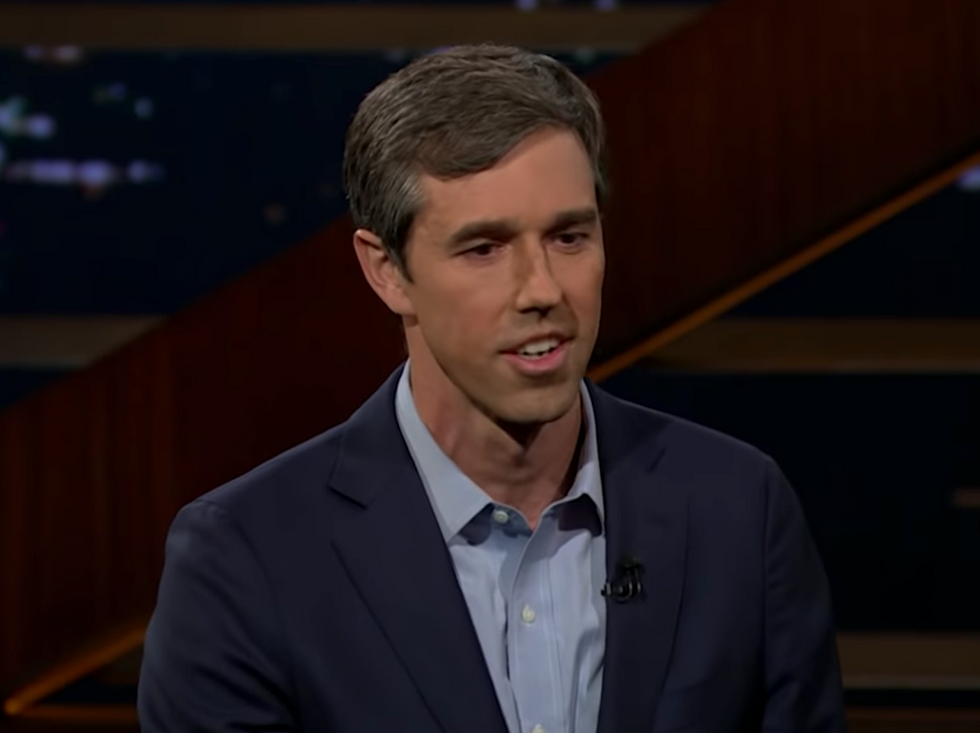 According to analysis from FiveThirtyEight.com pollster Nate Silver, Sen. Ted Cruz maintains a 3.8% advantage over Democrat Beto O’Rourke in the 2018 Texas Senate race when the results of recent polls are combined. And for a Democrat seeking to unseat an incumbent Republican senator in the Lone Star State, O’Rourke has performed shockingly well.

When Cruz was elected to the U.S. Senate in 2012, he defeated Democrat Paul Sadler by 16%. But in recent polls, O’Rourke has been trailing Cruz by only 1% (Emerson College) or 4% (NBC News/Marist). And an Ipsos/Reuters poll released on September 19 even showed O’Rourke leading Cruz by 2%, although O’Rourke was trailing Cruz by 9% in a Quinnipiac poll released the same week.

O’Rourke (a former El Paso city councilman elected to the U.S. House of Representatives in 2012) knew from the get-go that his campaign would be an uphill battle, and yet, Cruz is worried that O’Rourke actually stands a chance of winning—so worried, in fact, that he has begged President Donald Trump (his bitter rival from the 2016 presidential race) to visit Texas and campaign on his behalf. Cruz is still the likely winner, but the fact that O’Rourke is performing so much better than expected underscores the complexity of Texas politics.

Here are five important takeaways from O’Rourke’s performance and poll numbers in the 2018 Texas Senate race.

1. Texas Is By No Means the Reddest of the Red States

Texas has often been described as the reddest of the red states, but that’s inaccurate. While Texas clearly leans Republican when it comes to presidential, gubernatorial and U.S. Senate races, it isn’t as much of a Republican stronghold as Nebraska, Idaho, Kansas or Utah—all of which continue to be deeply Republican. In the 2016 presidential election, Trump defeated Democrat Hillary Clinton by a whopping 26% in Nebraska, 21% in Kansas and 18% in Utah compared to only 9% in Texas.

The Republican Party has an incredibly strong ground game in Texas, especially in all the rural counties in the central and northern part of the state. But Democrats have been performing relatively well in the Rio Grande Valley as well as in Texas’ large urban centers. In fact, Democrats have been dominant in major cities like Austin, Dallas, San Antonio, El Paso (O’Rourke’s home town) and Houston (which hasn’t had a Republican mayor since the early 1980s). In Harris County, where Houston is located, Hillary Clinton defeated Trump by 12% in 2016. And as Lawrence Wright (author of “God Save Texas”) has pointed out, Barack Obama was Dallas’ favorite in the 2008 and 2012 presidential races.

3. Non-Hispanic Whites Are Now a Minority in Texas

According to the U.S. Census Bureau, non-Hispanic whites comprised only 42% of Texas’ population in 2017. Whites, of course, can be Hispanic or Latino; Ted Cruz is a white Latino and the son of a Cuban immigrant. But in Texas, whites who have a strictly Anglo background are now a minority—and as Nate Silver has noted in his analysis of O’Rourke’s performance in the 2018 Texas Senate race, the Lone Star State is quite diverse ethnically.

Dr. G.S. Potter, founder of the Strategic Institute of Intersectional Policy, has asserted that if O’Rourke manages to defeat Cruz on November 6, he will become such a star in Democratic Party politics that a presidential run will be inevitable at some point. As Potter sees it, an O’Rourke victory is entirely possible if Democrats can get enough people of color to the polls. But Potter is also quick to add that in her mind, Democrats aren’t getting nearly enough African-Americans and Latinos registered to vote in Texas. Democrats, as Potter sees it, are dropping the ball when it comes to non-white votes in the Lone Star State.

5. Democrats Don't Need to Underestimate Themselves in Texas

Plenty of Democrats win elections in Texas, but it is easier for them to win mayoral or city council races—or U.S. House of Representative races—than it is for them to win gubernatorial or U.S. Senate races. In recent years, most Democrats who have been representing Texas at the federal level in Congress have been doing so via the House of Representative rather than the Senate. It would be premature, in 2018, to start thinking of Texas as a swing state rather than a red state, but it has the potential to become a swing state if Democrats play their cards right—and O’Rourke’s performance in the 2018 Texas Senate race underscores the fact that Democrats shouldn’t underestimate themselves in the Lone Star State.