‘Her Name Was Heather Heyer’: Rand Paul Raked Over the Coals After Warning Political Rhetoric is Going to Get Someone ‘Killed' 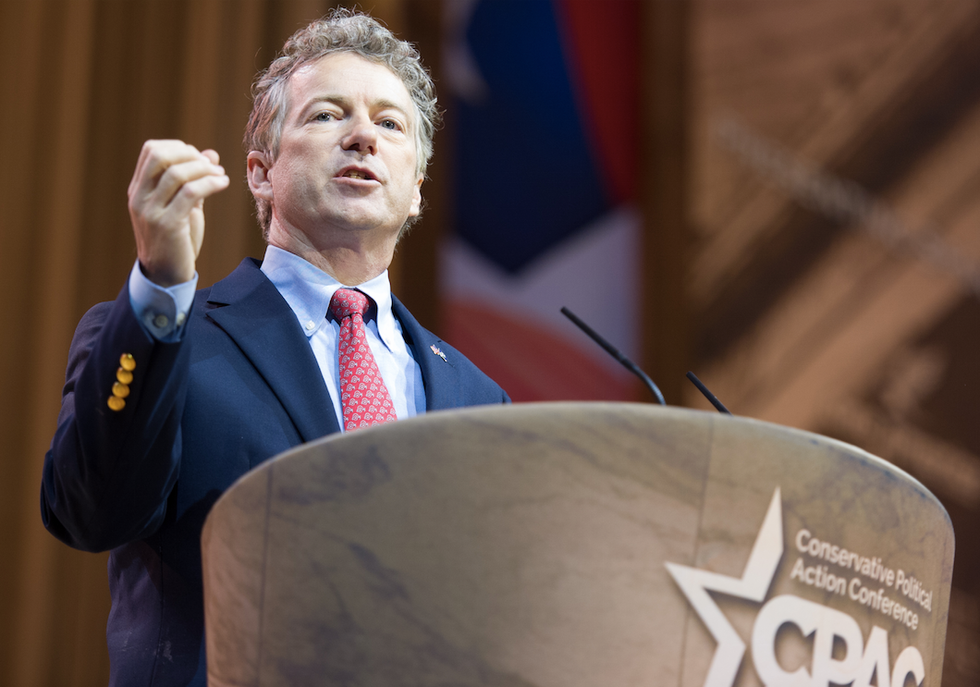 U.S. Senator Rand Paul is under fire after a report in a right wing news site quoted him warning that rhetoric in the current political climate is going to lead to someone being killed.

Many on social media responded to the article in The Hill with remarks like, "Her name was Heather Heyer," and "Heather Heyer was literally killed by pro-Trump Nazis."

Heyer was a 32-year old liberal activist protesting neo-Nazis and white supremacists at the Unite the Right rally in Charlottesville last year. A Neo-Nazi ran over her with his car. He was charged with federal hate crimes and first degree murder.

Some on social media noted Tea Party Republican Senator Paul (R-KY), who has recently moved dramatically to the right and embraced both President Trump and Russia, was silent about political violence during the height of the Tea Party.

Others made it clear the GOP is to blame:

And some, mentioning this tweet, noted Senator Paul himself is not blameless:

Someone was already killed: her name was Heather Heyer. She was killed by a Trump supporting Nazi in Charlottesvill… https://t.co/2BC0Ic212q
— Matt McDermott (@Matt McDermott)1539141812.0

Her name was Heather Heyer and she was killed by a white supremacist. https://t.co/QXJQWjrARf
— Matt Murphy (@Matt Murphy)1539134310.0

Others expanded the list of those killed because of the political climate to include "all those mass shooting victims, and so very many black victims of police violence."

@thehill Heather Heyer, all those mass shooting victims, and so very many black victims of police violence. So it's happened.
— Jessica Stark 😷 (@Jessica Stark 😷)1539132471.0