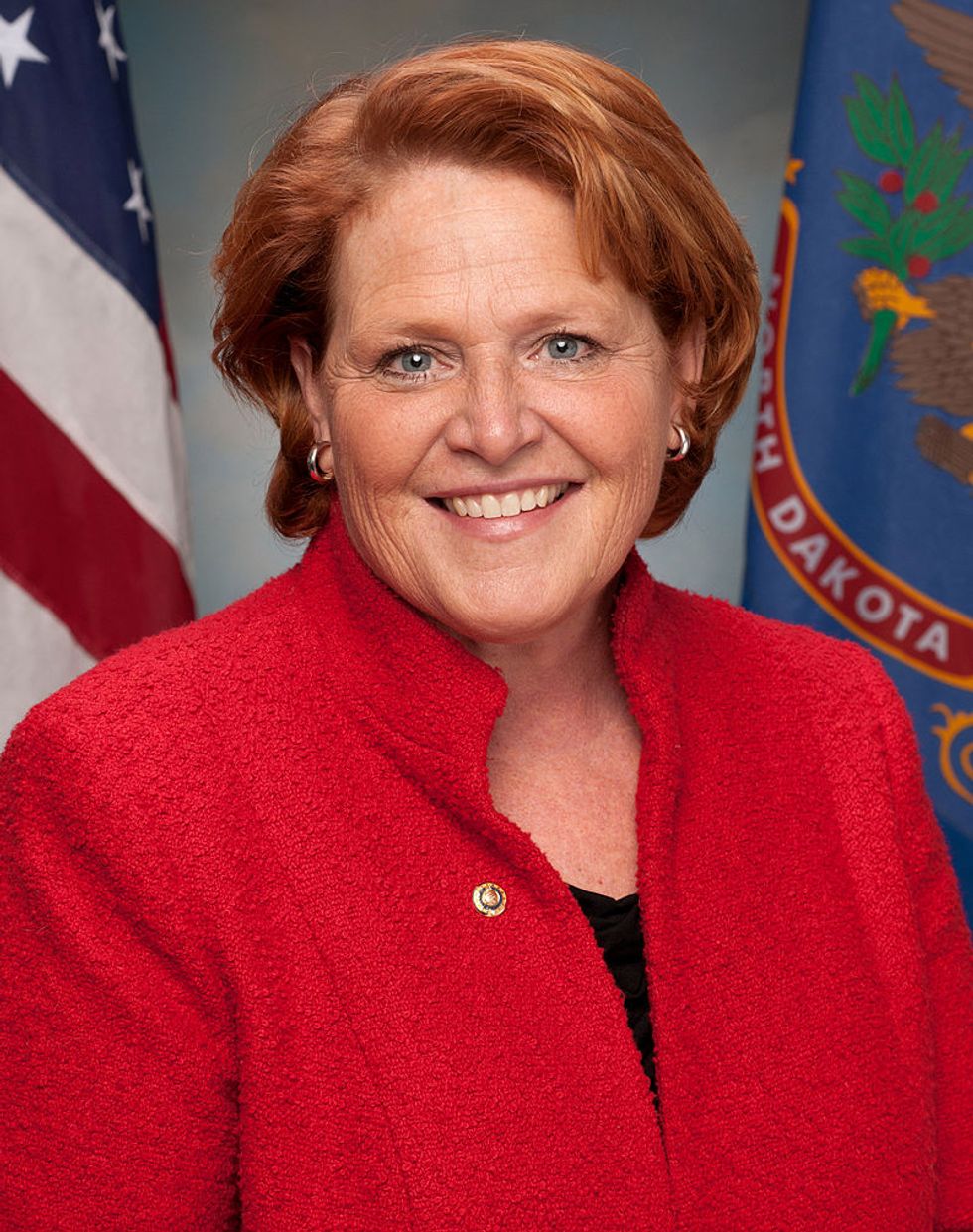 In the North Dakota Senate race, Republican challenger Rep. Kevin Cramer has staked out a clear position against the women challenging rape culture.

A few weeks ago, he claimed that the claims of sexual assault by Brett Kavanaugh would not disqualify him from the Supreme Court even if true because the alleged assault against Dr. Christine Blasey Ford "never went anywhere" — only relenting after a TV interviewer explained to him why it would be bad if it was true. More recently, Cramer blasted the whole Me Too movement for saying "you're just supposed to believe somebody because they said it happened," and remarked that his female relatives "cannot understand this movement toward victimization" because "they are pioneers of the prairie."

According to the New York Times, When asked about these comments at a Scandinavian festival in Rutland, incumbent Democratic Sen. Heidi Heitkamp had some choice words for Cramer for dismissing survivors of sexual assault as weak.

Heitkamp, who served as North Dakota's attorney general in the 90s, voted against confirming Kavanaugh — and hails from one of the reddest states of any senator to do so.

"I think it's wonderful that his wife has never had an experience, and good for her, and it’s wonderful his mom hasn't," Heitkamp continued, growing visibly emotional. "My mom did. And I think it affected my mom her whole life. And it didn't make her less strong. And I want you to put this in there, it did not make my mom less strong that she was a victim. She got stronger and she made us strong. And to suggest that this movement doesn't make women strong and stronger is really unfortunate."

Should Cramer be elected to the Senate, the implications for North Dakota women could be dark. Already, the Republican-controlled Congress is dangerously close to letting the Violence Against Women Act lapse, and when the last big reauthorization came up in 2013, several Republicans voted against it. Cramer, who was in the House at the time, did vote for it, but simultaneously complained that the provisions for Native American tribes — provisions Heitkamp fought for, and which are essential to Native women in the state — were unconstitutional. He felt strongly enough about it that he violently insulted the Tribal Council during a meeting in 2013.

Recent polls show Cramer with a fairly large lead. So it will be down to Democrats who support her stand against the Supreme Court takeover to help her turn things around if she is to win a second term.