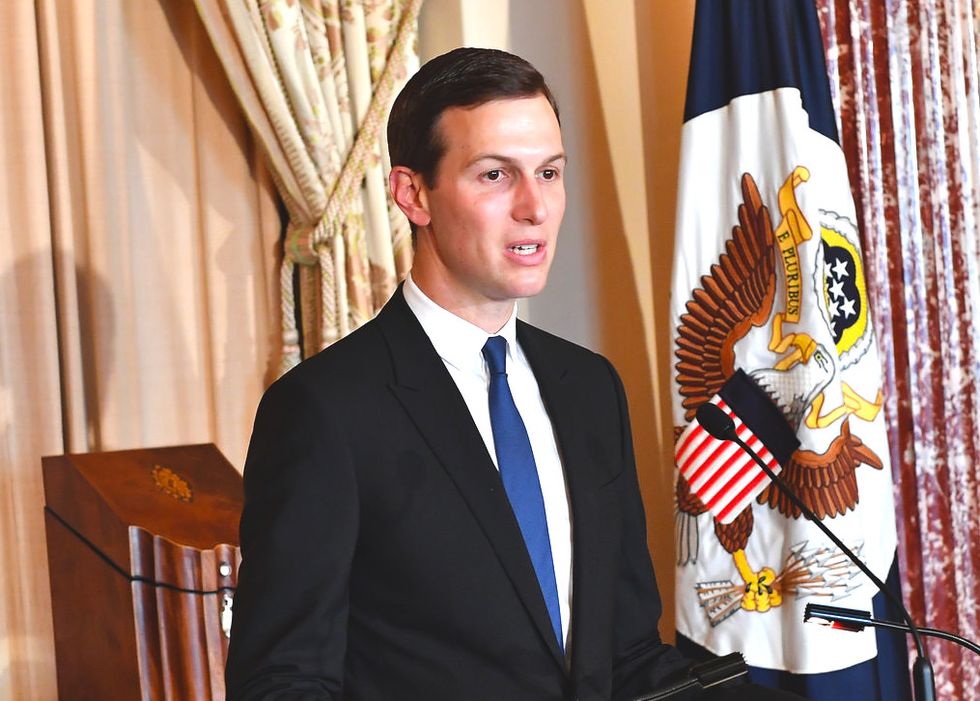 Poster boy for nepotism Jared Kushner has made himself scarce in the past two weeks as it became clear the Saudi regime had some duplicitous role in the disappearance and reported murder of Washington Post journalist Jamal Khashoggi.

The absence of the president's son-in-law and top aide from the conversation about Khashoggi — as President Donald Trump is desperately trying to downplay the regime's culpability — is conspicuous given his intimate role in the effort to deepen the alliance with the monarchy and Crown Prince Mohammad bin Salman in particular.

In a scathing op-ed, New York Times columnist Frank Bruni excoriated Kushner's hiding and his dismal lack of success in the White House.

He was among the Trump intimates who wanted all those fat-cat bankers in the administration; the resulting optics have dazzled. He pushed for the firing of the former F.B.I. director James Comey; that worked out brilliantly. He advocated the hiring of Anthony Scaramucci for the White House’s communications operation; that was the stuff of farce.

Meantime he and Ivanka told the world — and themselves — that they were the better angels of the administration. Never mind that to campaign for her father, they shelved many of the principles that they had prattled about at Hamptons cocktail parties across the years. They weren’t really shelving them, you see. No, they were sneakier than that! They were positioning themselves to be traitors within the new regime. They would bring it to power, then undermine it. They would create the problem in order to solve it

Kushner, of course, has no qualifications for working in government aside from his relationship with the president. But he was given a massive catalog of issues to handle upon reaching the White House, including Middle East peace, modernizing the federal government, and tackling criminal justice reform — a laughably sprawling portfolio that reveals how unsuited he is for any powerful position.

One Republican Bruni described as "sympathetic" to Kushner reportedly said, "He hasn't really done anything."

"From where did he get this outsize confidence of his?" asked Bruni. "His father bought him his admission to Harvard. His management of his family’s company — in particular, his $1.8 billion purchase of 666 Fifth Avenue — was questionable enough that a headline in Vanity Fair last year asked, “Is Jared Kushner the World’s Worst Real-Estate Investor?”

Now that there's a real crisis in one issue where Kushner has been deeply involved — the alliance with Saudi — he's nowhere to be seen.