'He Couldn't Stop Laughing': CNN Reporter Details the 'Disturbing' Behind-the-Scenes Reality of Trump's Endorsement of Violence Against the Press 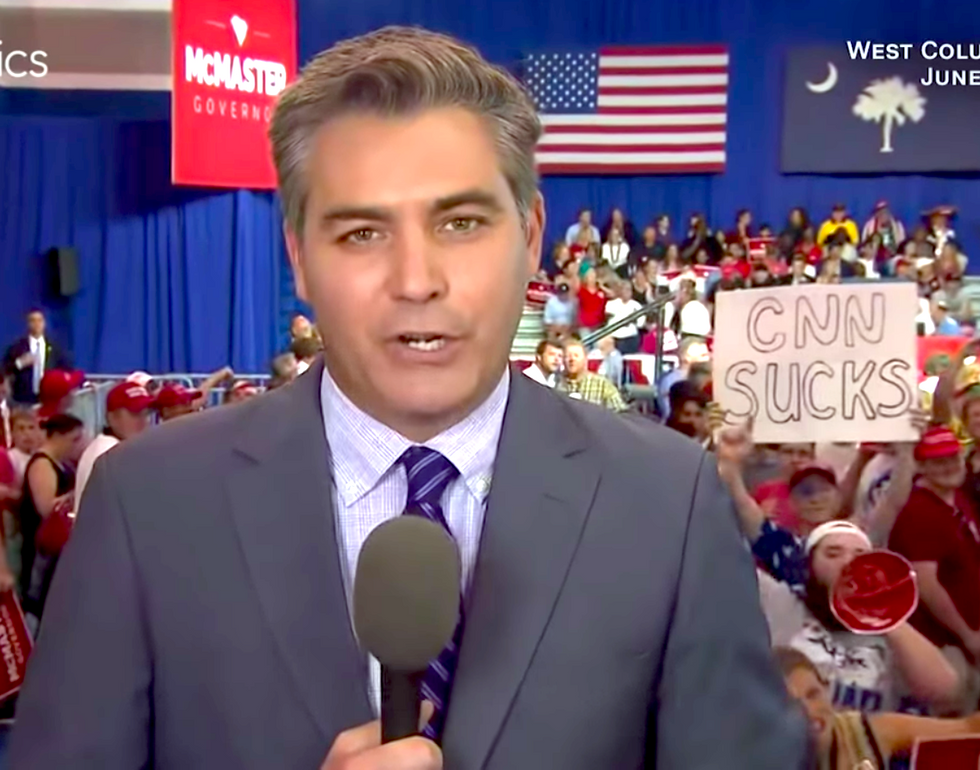 President Donald Trump continued to press the boundaries of liberal democracy on Thursday night when he endorsed and cheered a lawmaker's assault on a member of the press that occurred in May 2017. The president praised Rep. Greg Gianforte (R-MO) and the fact that he used a bodyslam to silence a reporter who asked him about health care the day before a special election, calling the GOP representative "my kind of guy."

Over and above the obvious norm-breaching that a celebration of violence against the press represents, however, CNN's Jim Acosta provided additional disturbing details revealing the disturbing effect this rhetoric has on Trump's fans beyond the view of the cameras.

"The disturbing part of Trump’s jokes about Gianforte was the effect on the crowd," Acosta said on Twitter. "I saw one young man in the crowd making body slam gestures."

He continued: "He looked at me and ran his thumb across his throat. I talked to him after the rally was over. He couldn’t stop laughing."

As a candidate, Trump often encouraged violence against protesters at his rallies, even saying that he would cover his supporters' legal fees if they got in trouble with law for punching an anti-Trump activist. And in office, Trump has engaged in methodical demonization among the press — even as evidence grows that this behavior is encouraging violence and intimidation against the media in authoritarian dictatorships abroad.

His explicit endorsement of violence — and his crowd's enthusiastic embrace of these authoritarian tactics — is another step in the president's ratcheting up of his assault on democratic norms.