'Having Fun at Her Expense': CNN's Jake Tapper Condemns Trump's Cruel Mockery of Christine Blasey Ford That Echoed Her Story of Assault 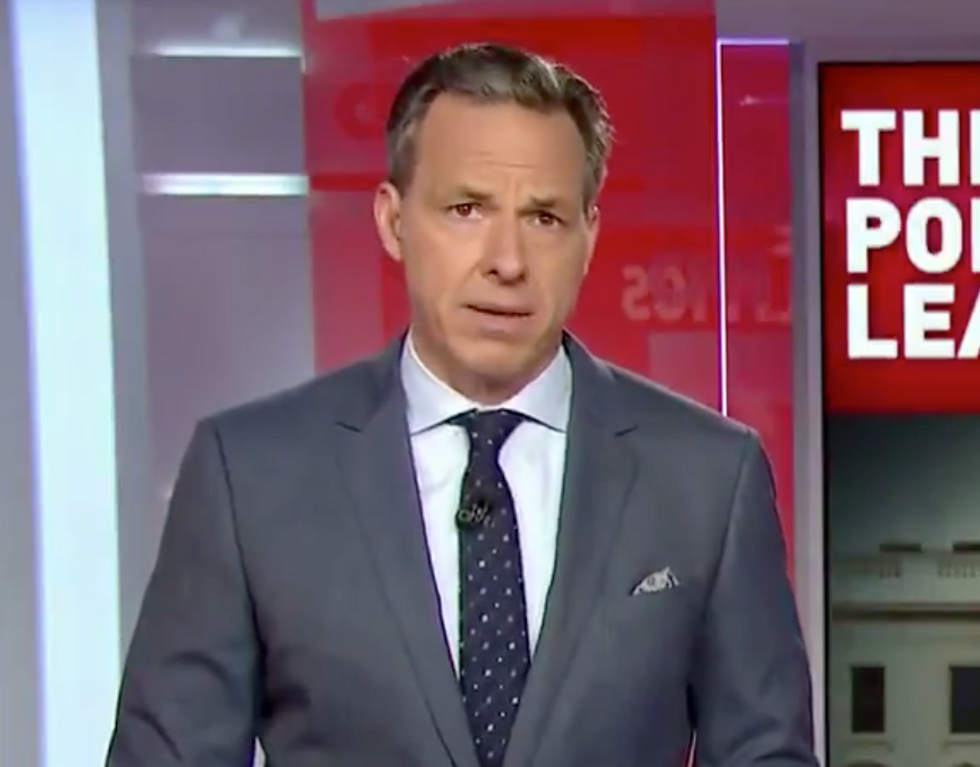 CNN's Jake Tapper observed with dismay Wednesday that President Donald Trump had abandoned any pretense the night before that he has compassion for Christine Blasey Ford, one of the women who has accused Supreme Court nominee Brett Kavanaugh of sexual assault. Though he has previously called her "very credible," at a campaign rally Tuesday night, Trump turned Ford "into an object of ridicule," Tapper explained.

Trump mocked Ford's story for having holes in it, despite the fact that this is common in sexual assault allegations. He imitated Ford in a dull monotone and exaggerated the extent of her memory lapses.

"Let's just take a closer look at what President Trump was doing here," Tapper said Wednesday. "Provoking laughter. Evoking a specific reaction from some of those in the crowd."

Replaying video of the rally, Tapper showed how the audience delighted in Trump's mockery. Tapper observed how this jeering echoed the "uproarious laughter" Ford recounted hearing from her attackers in her Senate testimony last Thursday.

"Their having fun at my expense," Ford had added.

"Having fun at her expense," Tapper echoed. "Whether or not you believe that pain was inflicted by Brett Kavanaugh."

Even many Republicans, Tapper noted, condemned Trump's decision to mock the victim of sexual assault.