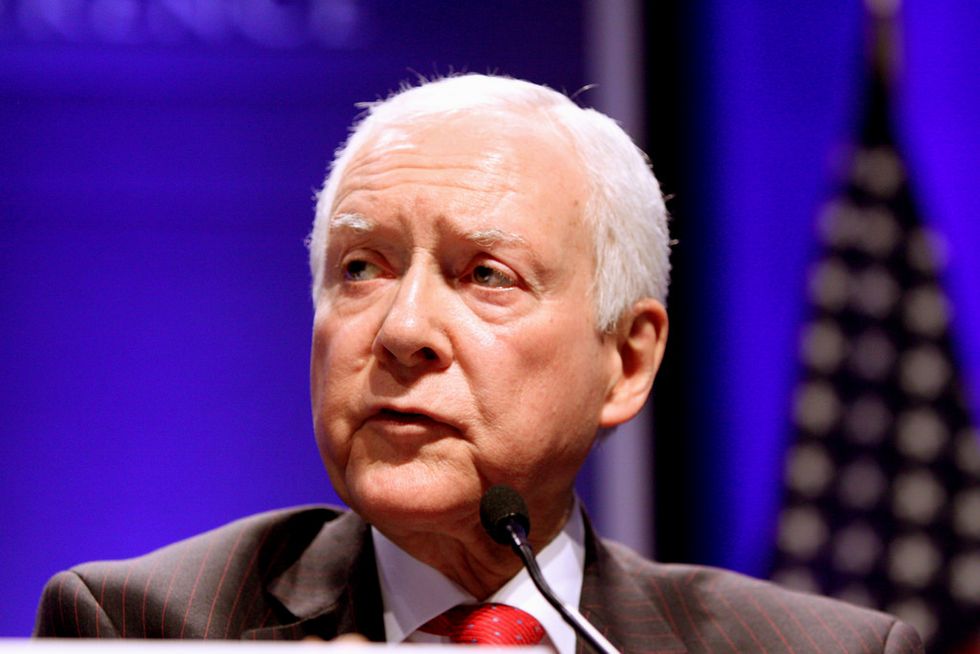 The Salt Lake Tribune Editorial Board has launched what may be a historic attack on its vaunted U.S. Senator, Republican Orrin Hatch. The paper, which has the largest daily circulation in the state, is berating the longest-serving Senate Republican in history as someone who holds a "positively medieval attitude toward all women as sex objects."

And, in its Thursday editorial, the Tribune concludes that Senator Hatch and his fellow Republicans on the Judiciary Committee, should not be allowed an opinion – and, presumably then, a vote – on who sits on the U.S. Supreme Court.

Hatch was behind the despicable decision to publicly publish a letter by a former Utah weatherman and former Democratic candidate who claims the third Kavanaugh accuser told him about her "sexual preferences." Those alleged sexual preferences, pertaining to threesomes or group sex, are held by 10 percent of women and 18 percent of men, so they are not exceptionally far from the mainstream.

It was a lurid attempt to undermine her credibility and, as the paper noted, had absolutely nothing to do with Judge Kavanaugh or her accusations against him.

Republicans on the Judiciary Committee published supposedly salacious excerpts from letter, and the full letter itself, on the Committee's official website and Hatch tweeted out the link.

The Editorial Board attacks Hatch and the Judiciary Committee Republicans, saying their behavior "is a textbook example of why more victims do not come forward."

The paper did not stop there.

"Worse, it betrays a positively medieval attitude toward all women as sex objects who cannot be believed or taken seriously," the Board accuses.

"The fact that no one involved in the Twitter attack on Julie Swetnick seems to see that is solid evidence that their opinion of who should and should not serve on the Supreme Court is to be ignored."

Their opinion should be "ignored."