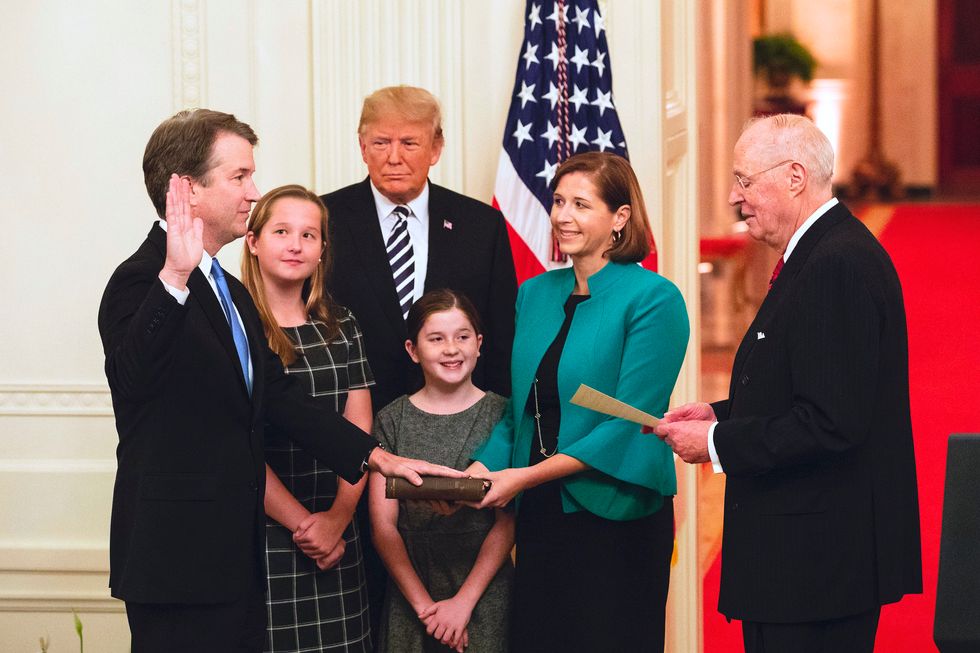 Sen. Jeff Flake (R-AZ) made a stunning admission Tuesday on ABC's "The View." He still harbors serious doubts about Justice Brett Kavanaugh's innocence of the sexual assault allegations made by Christine Blasey Ford, but he voted to put him on the Supreme Court anyway.

“You know, she was very compelling,” Flake said of Ford. “[Kavanuagh] was very persuasive. I don’t know. I don’t know. I wish I had the certitude that some of my colleagues expressed. But I said on the floor before that hearing, we’re likely to hear the hearing with as much doubt as certainty. And that’s how I felt afterwards.”

"Why not just find another person who had none of this ambiguity?" asked host Joy Behar.

Flake responded: "If the mere allegation with no corroboration is sufficient to disqualify someone, we've entered a new phase that we probably don't want to enter."

This was a common talking point on the right, along with claims that Kavanaugh should be seen as "innocent until proven guilty" and receive "due process," despite the fact that an appointment to the Supreme Court can and should have different standards than a criminal trial.

And Sunny Hostin pointed out even before Flake gave his dismaying answer, "As a former sex crimes prosecutor, I prosecuted many cases with just a woman's testimony. Because with sex crimes, there typically are no witnesses in the room. And I've convicted every single person based on a woman's testimony."

That explanation alone completely refuted Flake's weak talking points. He pretended that accepting Ford's claims as sufficient to disqualify Kavanaugh would be something new; in fact, as Hostin argues, it's not too different from the standard used in criminal trials, which carry a much harsher punishment than not getting to be on the Supreme Court. Flake's answer also parrots the kind of fearmongering that Republicans indulged in during the nominee's hearings when they argued that rejecting Kavanaugh would open the floodgates to unfounded allegations against any powerful man in a similar position, despite the fact that Justice Neil Gorsuch faced no similar allegations. This argument discounts the risk of ignoring women's allegations and encouraging them to stay silent, which the Me Too Movement revealed has been the status quo for generations.

In addition to all these issues, Flake's argument that Ford's claims are just an "allegation" without corroboration is false:

All of this certainly means there was more than sufficient reason to reject Kavanaugh for the Supreme Court.

But even despite Flake's indulgent ignorance of these facts, his comments on the show Tuesday reveal that serious doubts remain about Kavanaugh's fitness — and not just among Democrats. These doubts will continue to haunt Kavanaugh, and the Supreme Court as a whole, for as long as he serves on it.