'The GOP Needs to Be Razed to the Ground': Conservative Commentator Urges Voters to Vote 'Straight-Ticket Democratic Party' 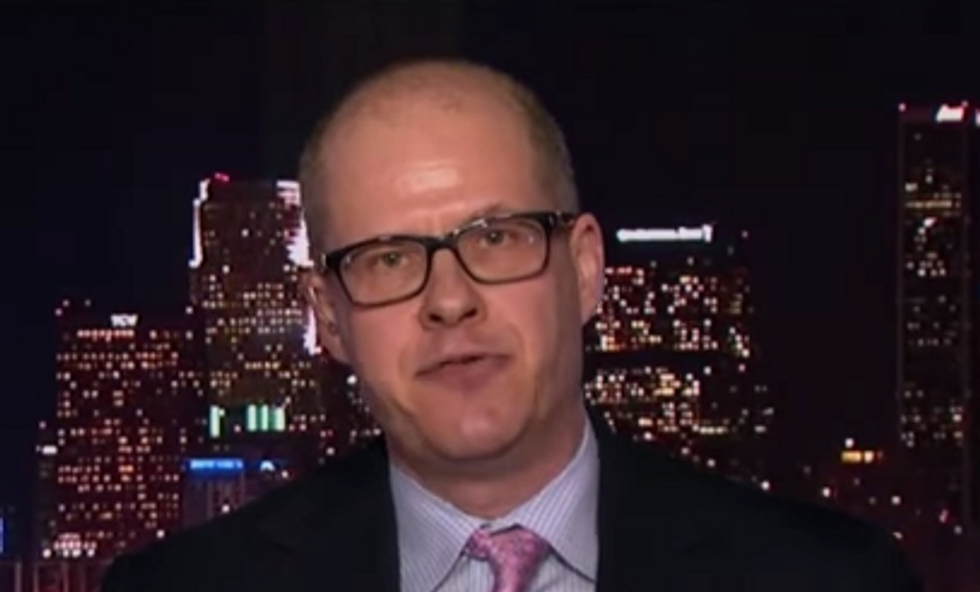 Conservative commentator Max Boot called for the total destruction of the Republican Party to undo the damage by President Donald Trump.

The author and former Wall Street Journal editor appeared Monday on MSNBC's "Morning Joe" to promote his new book, "The Corrosion of Conservatism: Why I Left the Right."

"It's hugely harmful to the long-term future of the Republican Party as America becomes less white," Boot said. "The Republicans are being identified as the white nationalist party."

Boot warned that was disastrous in political terms and wrong in moral terms, and the Soviet Ã©migrÃ© blamed Trump for making racial hatred an overtly celebrated value in the GOP.

"I came here at age 6, I learned to speak English -- I think I speak it reasonably well," Boot said. "I try to fit in, blend in -- I thought I achieved that. I thought of myself as an ordinary American, not as a hyphenated American. Donald Trump is making me to think in those terms, he's making me think there's something less American than me. I wasn't born here, I'm Jewish. I'm not the kind of American that Donald Trump celebrates. It's a tragedy for me and heartbreaking for me."

Boot said that trend would metastasize if the GOP achieved midterm election victories, and the former Republican called for voters to send a strong message opposing racial hatred.

"They will double down on white nationalism and racism, xenophobia, undermining the rule of law," Boot said. "They will be solidified as a core part of the Republican identity. That's why I think it is essential that Republicans pay a price at the ballot box for what they are doing, and that's why I'm urging, as somebody who is a lifelong Republican never voted for a Democrat before I voted for Hillary Clinton in 2016, having said all that I'm urging everybody to vote straight-ticket Democratic in November, because I think it's imperative to get some checks and balances."

He said GOP lawmakers were complicit in Trump's abuses, and he said they should be rebuked.

"The Republican Party has shown they will not stop Donald Trump's abuses of power, and that they will continue remolding themselves in Donald Trump's image unless they understand there's a price to be paid at the ballot box," Boot said. "I think, essentially, the Republican Party, as currently constituted, needs to be razed to the ground, it needs to be destroyed -- and maybe, maybe, maybe out of the ashes we can build up a more reasonable center-right party which is something this country needs."