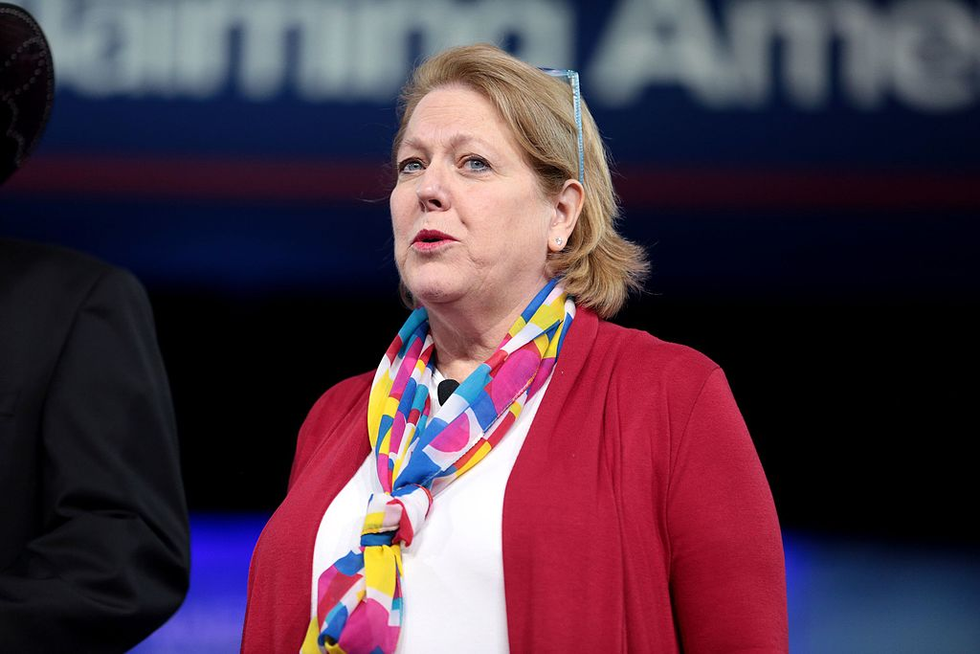 On Tuesday, Virginia "Ginni" Thomas, the wife of far-right Supreme Court Justice Clarence Thomas, posted an image to Facebook purporting to show the violent nature of the so-called migrant "caravan" now making its way through Mexico. The image depicted what is purported to be the severly bloodied face of a Mexican police officer who was assaulted by the migrants.

"The media won't share THIS, will they?" she wrote. "It is an invasion, and thank GOD for President Trump."

The problem: the meme is fake. According to Snopes, the image is actually from a clash between Mexican police and student protestors in Mexico City in 2012, and has nothing to do with migrants.

But sharing extremist right-wing content is not a new thing for Thomas, a conservative activist who has made frequent use of social media. Earlier this year, she shared posts attacking the Parkland kids and praising the "#WalkAway" movement, a fake campaign of Russian trolls pretending to be people of color leaving the Democratic Party.

The migrant caravan, which consists of thousands of men, women, and children fleeing civil strife in Central America and heading toward the United States, is not actually anything new or unusual; similar groups of migrants have routinely formed over the last 20 years, and there is no evidence anyone in the group poses a danger. But it has still become the fear du jour in the Republican Party, particularly among those hoping to gin up enough fear among President Donald Trump's core voters to turn them out to the polls and counteract a blue wave.

Trump has claimed with no evidence that "unknown Middle Easterners" are traveling with the caravan. And last week, Rep. Matt Gaetz (R-FL) theorized that left-wing Jewish billionaire George Soros is secretly funding the caravan, in the hope that it will somehow disrupt the midterm election in favor of Democrats.