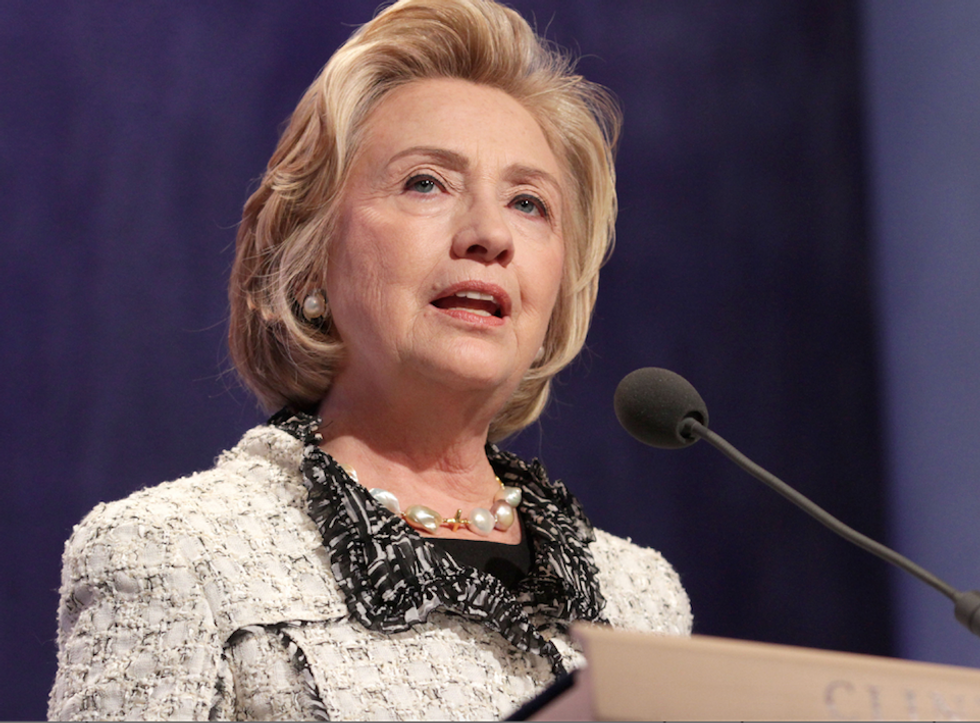 On Thursday, an ad aired on radio stations geared toward African-Americans in support of Rep. French Hill (R-AR) and generated immediate outrage. The ad, paid for by a group calling itself Black Americans for the President's Agenda, essentially said that "white Democrats'" opposition to Brett Kavanaugh and desire to investigate his sexual assault allegations prove they could start lynching black people next.

"What do you think about what's happening in Washington?" says the narrator. "Our congressman, French Hill, and the Republicans, know that it's dangerous to change the presumption of innocence to a presumption of guilt, especially for black men. If the Democrats can do that to a white Justice of the Supreme Court, with no evidence, no corroboration, and all of her witnesses including her best friend say it didn't happen? What will happen to our husbands, our fathers, or our sons when a white girl lies on them? Girl, white Democrats will be lynching black folk again. Honey, I've always told my son, 'Don't be messing around with that. If you get caught, she will cry rape.'"

"I'm voting to keep French Hill and the Republicans because we have to protect our men and boys," the narrator concludes. "We can't afford to let white Democrats take us back to bad old days of race verdicts, life sentences and lynchings when a white girl screams rape."

This is a real radio ad currently running in Arkansas in support of Republican Congressman French Hill on radio stations targeted to the African American community. I don't even have words to describe it. pic.twitter.com/vpzt1nGPlc

Put aside, for a moment, the fact that Dr. Christine Blasey Ford actually did have corroboration for her sexual assault allegation against Kavanaugh, but Republicans refused to pursue it and the FBI was ordered to half-bake the investigation. Comparing the Kavanaugh hearings, where Democrats simply asked for a serious probe into allegations against a powerful, privileged man up for a lifetime appointment to the Supreme Court, to the brutal torture and murder of black men like Emmett Till for so much as looking at white women the wrong way, is completely reprehensible.

Indeed, the ad was so disgusting that Hill himself took to Twitter to condemn it. "I do not support that message, and there is no place in Arkansas for this nonsense," he said.

Not much is known about Black Americans for the President's Agenda. The group appears to have only 32 likes on Facebook, and one of the black men displayed prominently on the page is Eazy-E, the N.W.A. rap artist who died 21 years before Trump took office. The group's listed treasurer, Vernon Robinson, worked for Ben Carson's presidential campaign. OpenSecrets shows his consulting company was paid by a group supporting the Virginia Senate candidacy of E.W. Jackson, a conservative minister who has said that homosexuality is "perverted" and warned yoga causes Satanic possession.