Fox News Host Admits There's No Distinction Between His Network and the Trump White House: 'They're Joined at the Hip' 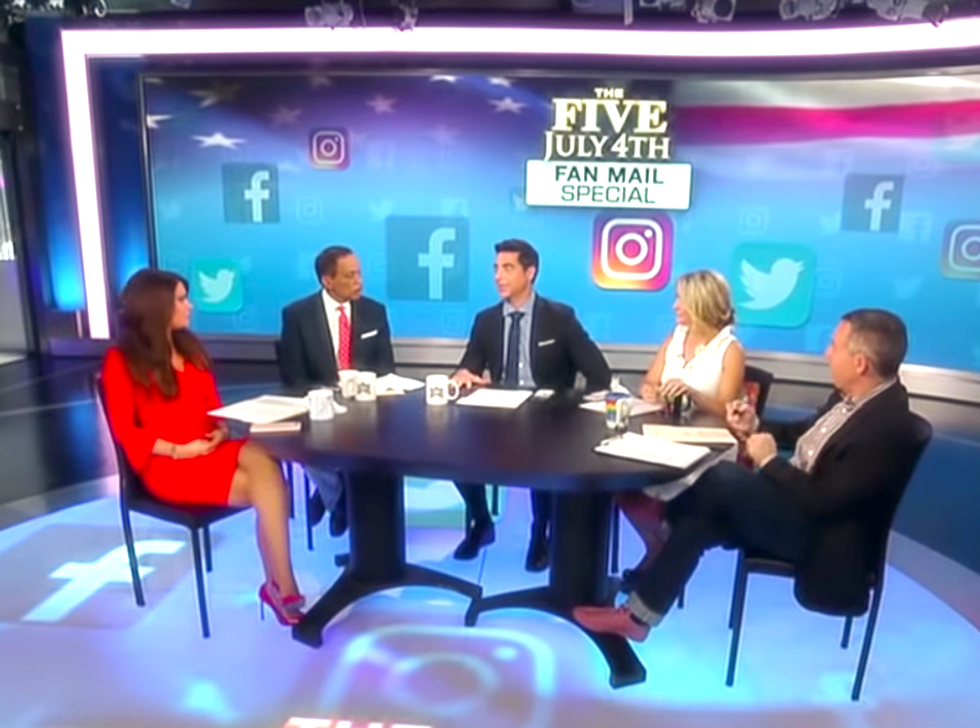 In a new interview with Hill.TV, Fox News host Juan Williams admitted what should be obvious to any casual observer of politics: President Donald Trump and Fox News are completely in sync, so much so that some argue the network has become a form of "state news."

"The lines between Fox News and this White House are blurry at best," said host Krystal Ball to Williams.

"They don't exist! They are joined at the hip," Ball agreed.

Williams is one of Fox News' left-leaning commentators who often spars with his conservative co-hosts on "The Five." So it's not surprising that, of all the Fox News employees, he would be one of the few to acknowledge the troubling alliance between a purported objective news outlet and the executive branch of the U.S. government.

The host defended his role on the network, arguing that he is able to provide a different perspective to the audience that they might not otherwise be exposed to. But in acknowledging the network's role as a mouthpiece for the administration, he would do well to recognize that he only plays the role that the executives at Fox think best suits their mission.

From their perspective, Williams' presence lends the network a veneer of credibility and balance that would be lacking without at least some left-leaning talking heads. But since they call all the shots, the executives can guarantee that Williams' perspective will always be diminished, downplayed and distorted, even while pretending to respect his views.

In other words, the network is using Williams — even if he thinks it's the other way around.