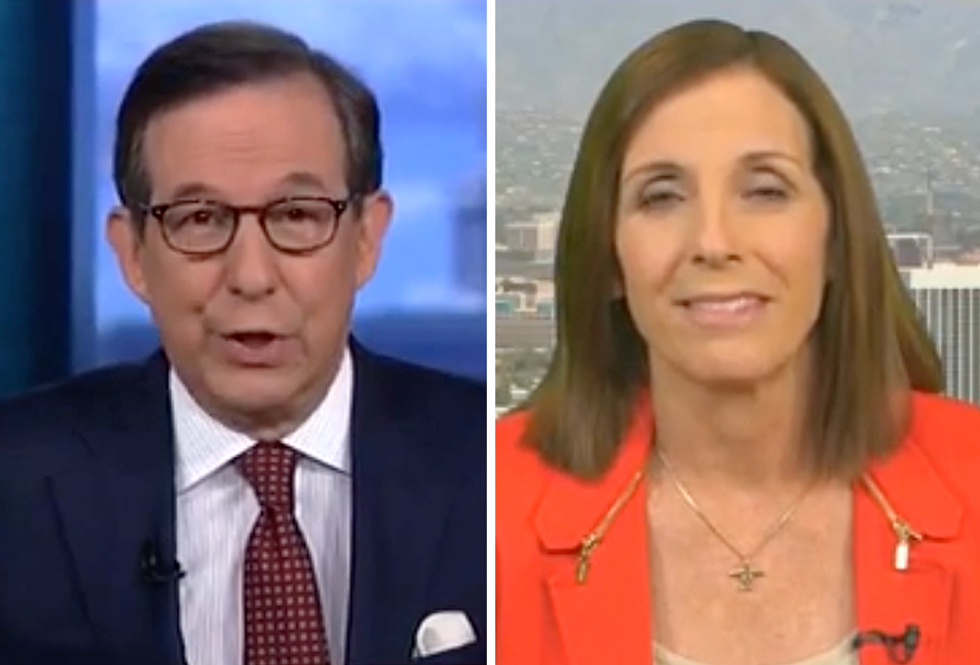 During an interview on Sunday, Wallace noted that the latest Fox News poll shows that health care is the top issue.

“You voted for repeal and replace [of Obamacare] last year, which under its terms would have permitted states to allow insurance to be sold for people with pre-existing conditions with higher premiums,” Wallace explained. “Do you acknowledge that protection for people with pre-existing conditions was significantly weaker under repeal and replace than it was under Obamacare?”

Dodging the question, McSally insisted that she is “passionate about protecting people with pre-existing conditions.”

“I voted to make sure they had that coverage,” she opined. “This is the left all over the country, the lies that they’re perpetuating in order to play upon fear.”

“The reality is that Obamacare, right now, is not covering people with pre-existing conditions,” McSally insisted. “We can’t go back to where we were in the past.”

“Congresswoman, let me just jump in here,” Wallace interrupted. “Because under repeal and replace — the bill that you voted for — if someone had a lapse in coverage of 63 days — and of course a lot of these cases of pre-existing conditions are people that don’t have insurance and then want to buy it — if you had a lapse in coverage for 63 days, states could force those people, instead of buying it from an insurance company, to buy it from a risk pool. And that meant that the premiums would be higher.”

“That’s exactly the kind of thing that Obamacare tried to prevent,” the Fox News host added.

McSally, again, insisted that she wanted to protect people with pre-existing conditions while allowing states to have flexibility.

“This is a complex issue, we’re not going to solve it all here this morning,” the GOP candidate continued. “But we were trying to move away from the failure of Obamacare to something that provided more options at lower costs, while protecting people with pre-existing conditions.”

“Again, this is just a lie,” McSally remarked, “[Democrats are] saying all over the country, playing on people’s fears. But I want the voters to know, I’m committed to protecting people with pre-existing conditions. I’m fighting for it. I fought for it. And I voted for it.”