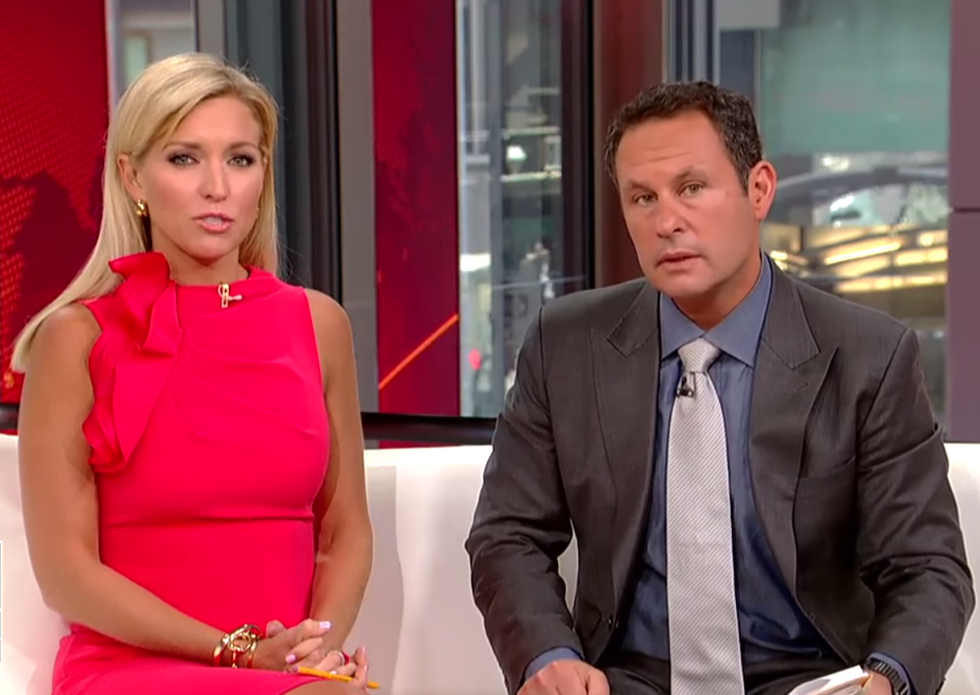 In a new interview with The Hill, "Fox & Friends" host Brian Kilmeade revealed that he donated to President Donald Trump's campaign in 2016 — a donation, he says, that was completely unintentional.

He made the mistake, he said, when he bought $600 worth of Trump campaign Christmas ornaments.

"I had no idea that this would be considered a donation," Kilmeade told The Hill. "I'm looking for something cool and unique for Christmas for adults after this historic election."

As the outlet makes clear, anyone buying products from a campaign's website should be completely aware that such purchases are legally considered donations. Purchasers can add an additional amount as a donation to the campaign over and above the purchase price, and users of the website also must enter their occupation upon making the purchase, in compliance with federal election law.

"[The ornaments were] a little expensive in retrospect, but that was it," Kilmeade said. "I had no idea that would go to a campaign contribution."

When reached for comment by The Hill, Fox News said, "it does not prohibit talent from buying holiday ornaments."