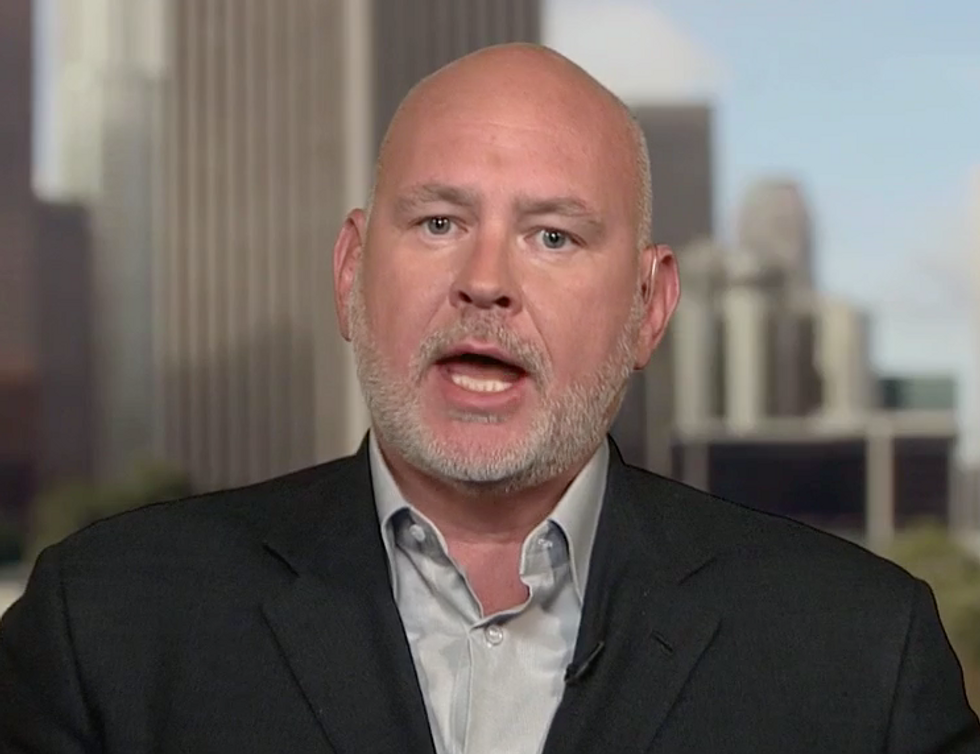 While discussing the racial politics of the Florida gubernatorial election, ex-Republican strategist Steve Schmidt argued Thursday that the whole party has been dragged down into a dangerous association with racists because of President Donald Trump's rhetoric and policies.

Schmidt asserted during an appearance on MSNBC's "Deadline: White House" that Trump's recent declaration of himself as a "nationalist" was a direct message to some of the most pernicious parts of the far right.

"When Donald Trump declares himself a 'nationalist,' the nationalists understand exactly what he means," said Schmidt. "By the way, let's stop calling them 'white nationalists' and call them by their names, which are 'neo-Nazis' and 'Klansmen.'"

He continued: "What Trump has done with regard to 'nationalists' is send a signal that, 'Well, we may not bring you home to Thanksgiving dinner and put you in the front row at the rallies, but you're an important and vital part of our coalition. And after Trump said he was a nationalist, if you go to the neo-Nazi website the Daily Stormer, you see celebration that they have achieved a goal. That they have been given a seat at the table. That their views are held as somewhere in the mainstream, and they are part of a coalition that is led by Donald Trump."

Schmidt also pointed out that, in the Florida gubernatorial election, Republican Ron DeSantis — who has cast himself as a Trump acolyte — used the loaded phrase "monkey it up" to attack his opponent, the black Democrat Andrew Gillum.

"Which is deliberately racist," Schmidt said.

DeSantis has also received support from white supremacists in the state, and he previously spoke at a conference for a racist organization.

"When Donald Trump declares himself a 'nationalist,' the nationalists understand exactly what he means” —… https://t.co/TWRyQ4gHUJ
— AlterNet (@AlterNet)1540502986.0