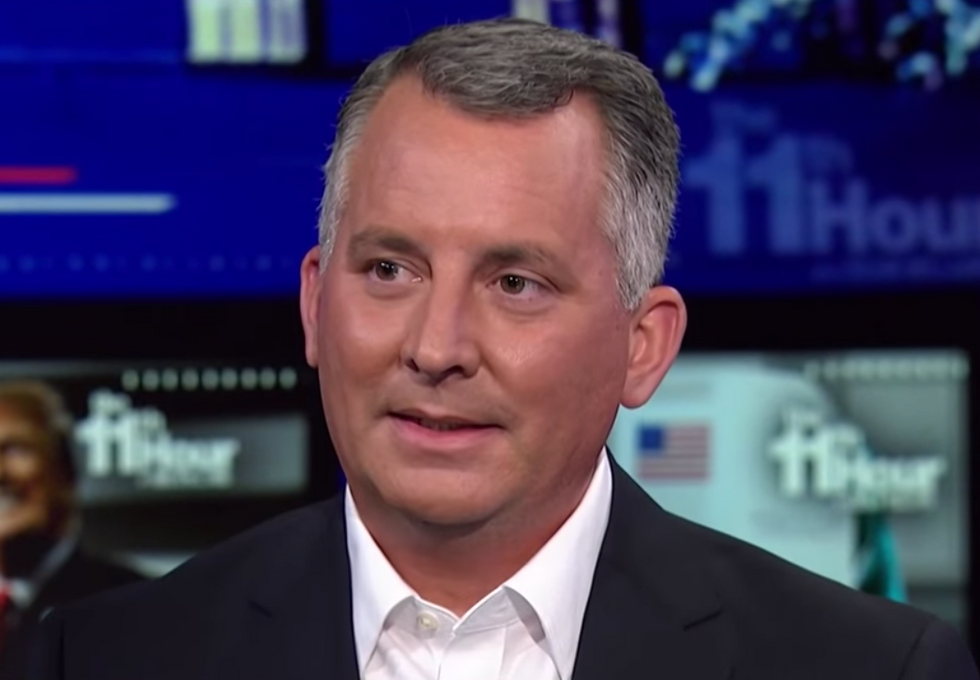 As President Donald Trump took over the Republican Party, he's left many of its members disaffected in his wake.

One of those members, former congressman David Jolly from Florida, has now officially left the party — largely because of what the president has done to the GOP.

Jolly spoke to the Tampa Bay Times about his and wife's decision to leave the Republican Party. The decision, he said, was "spurred in large part by the pending birth of a daughter for whom they wanted to set an example and not be part of of the Trump party." [sic]

"It's also just a personal rejection of partisanship," said Jolly, who had been a life-long Republican. "It's a very comfortable place for us to be."

He and his wife are now registered with no party affiliation.

Jolly has become a prominent critic of Trump and the GOP. In August, he said on MSNBC of the upcoming midterm elections, "I hope the GOP loses in November. Because I think we need a hard reset. Because I think under Donald Trump, we've abandoned who we are as a party."

He also suggested to the Times that he will run again for office someday, though he doesn't know what office he'll pursue.