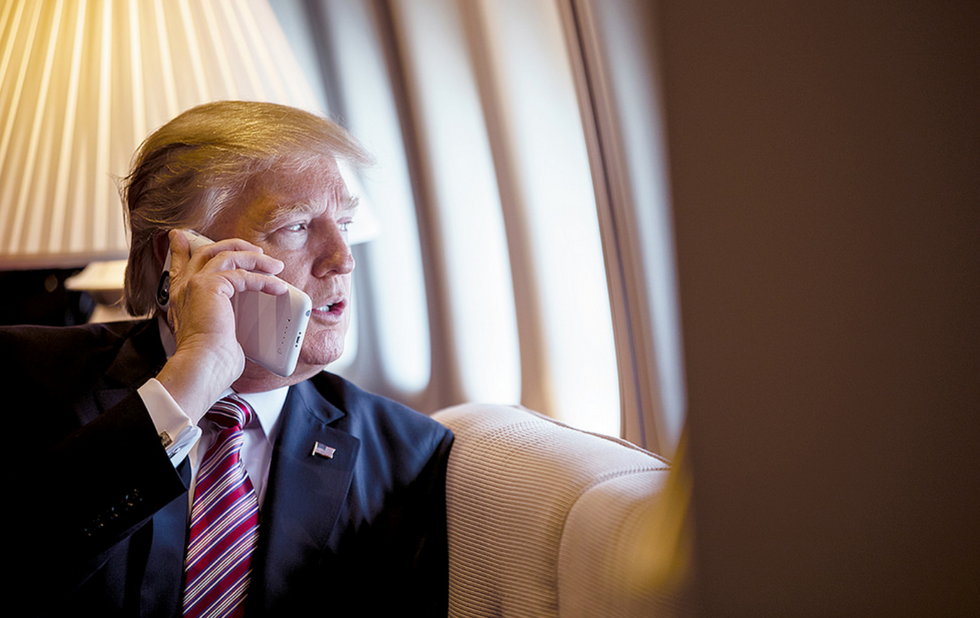 In an email sent to Fast Company, Payton said that giving rival foreign powers direct access to the president’s thinking during his personal phone calls with friends would be an unprecedented security disaster.

“This stunning revelation by the NYT is one that has sweeping ramifications for intelligence and the security of the American people,” she said. “America’s most sophisticated peer competitor now has a direct line into the president’s confidential thinking and conversations.”

Revelations about Trump’s phone were first reported by the New York Times on Wednesday, and were leaked by security officials whom the Times described as frustrated “with what they considered the president’s casual approach to electronic security.”

Some Trump administration officials told the Times, however, that they didn’t believe Trump was giving away classified information because “he rarely digs into the details of the intelligence he is shown and is not well versed in the operational specifics of military or covert activities.”