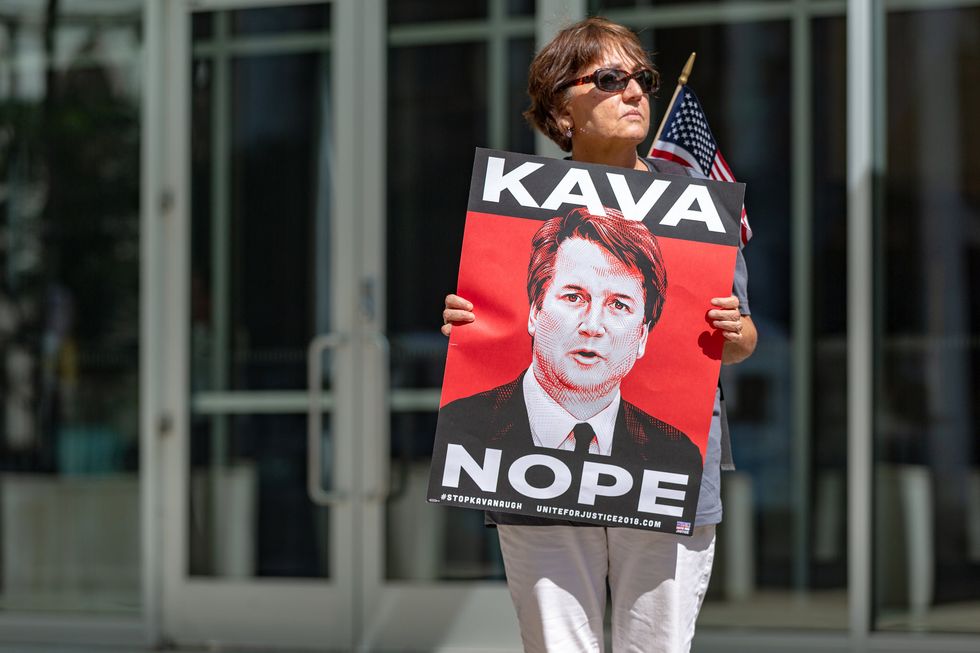 President Donald Trump and the Republicans were quickly criticized after it was announced that the FBI would investigate the accusations of sexual assault against Supreme Court nominee Brett Kavanaugh because multiple reports found that the probe would be severely limited in scope and closely managed by the White House. After facing a wave of criticism, Trump appeared to relinquish this strict control over the probe, telling the bureau that it would have the leeway to investigate whichever leads it deems relevant.

However, the Washington Post found that the FBI will still be prevented from exploring some of the most damning charges against Kavanaugh — in particular, those that relate to his drinking and his apparent lies to the Senate under oath.

"The FBI will not, for example, conduct an unfettered review of Kavanaugh’s youthful drinking or examine statements Kavanaugh made about his alcohol consumption during a Senate Judiciary Committee hearing to see if those answers were accurate or misleading, the people familiar with the matter said," the Washington Post reported. "The White House also could resist inquiries into new allegations, the people said."

Many critics have noted, however, that Kavanaugh's apparently misleading claims about his drinking, and other topics about which Kavanaugh seems to have outright lied to the Senate, could constitute clear criminal violations of perjury statutes.

While the sexual misconduct allegations against Kavanaugh are deeply troubling, there's unlikely to be the kind of clear evidence for these acts as there might be for accusations of perjury. And the potential of perjury itself is relevant to the claims of sexual assault because if it is true Kavanaugh has lied to the committee — as it certainly appears he has — then his denials of his accusers' claims should be viewed as less credible.

The Post does point out that questions about Kavanaugh's drinking may indeed come up as part of the review of the other claims against him, since all of the sexual misconduct claims also relate to alcohol use. However, without investigators specifically focusing on the issue, they may be missing a vital line of inquiry that is relevant to Kavanaugh's serving on the Supreme Court.