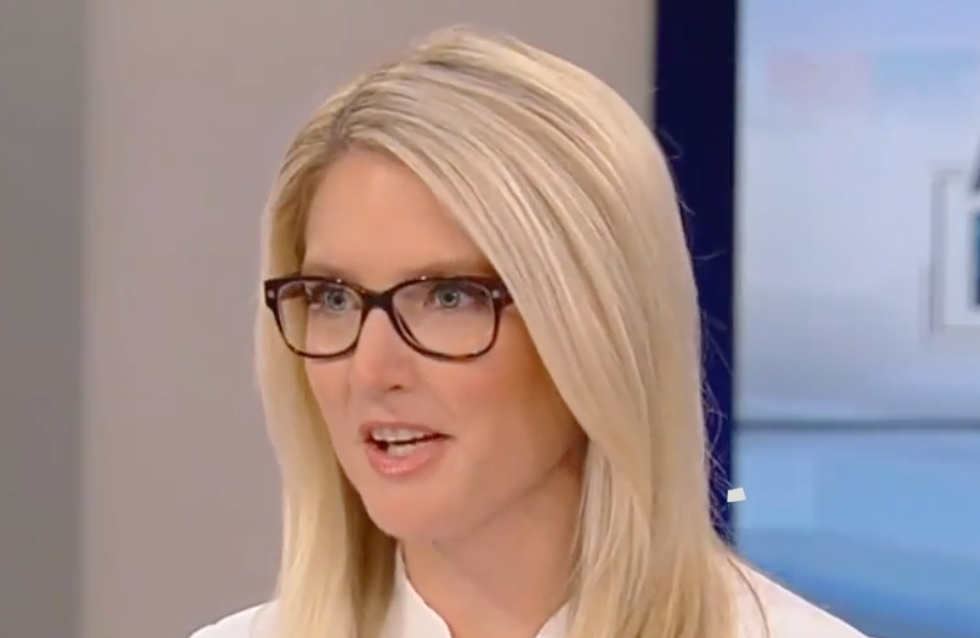 Fox News host Jon Scott on Wednesday asked contributor Marie Harf, a former senior advisor to Secretary of State John Kerry, to answer for Hillary Clinton’s comment that when Democrats “win back the House and/or the Senate, that’s when civility can start again”– and got a lot more than he bargained for.

After fellow panelists harrumphed about Democrats’ bad behavior, Scott turned to Harf and asked, “Can you point to something that has been so uncivil that requires this kind of response?”

“Donald Trump standing on stage at a rally saying he will pay the legal fees of anyone who beats up protestors,” Harf responded without missing a beat. “Look, Donald Trump is not like a model of civility. Let’s be very clear here.”

“Quite frankly I don’t think what Hillary Clinton says or her view on things will determine what happens in 27 days when people go to the polls,” Harf said, pointing out that Clinton isn’t on the ballot this year.

Co-host Sandra Smith cut her off saying, “sounds like you don’t want her representing your party.”

“It doesn’t matter what I want,” shot back Harf. “The fact is she doesn’t. The people that will help us take back the House in the swing districts aren’t talking like Hillary Clinton. They’re talking like candidates that match their districts.”

“Cory Booker has said he wants people to get in the faces of members of Congress,” said Scott. “That’s not exactly civil.

“I have received my fair share of people screaming at me in public, people sending me threats from the other side,” retorted Harf dismissively, before steering the conversation back to the topic at hand. “My point is that I don’t think voters are watching an interview with Hillary Clinton and Christiane Amanpour and thinking ‘how should I vote in November?’ They’re listening to their districts.”