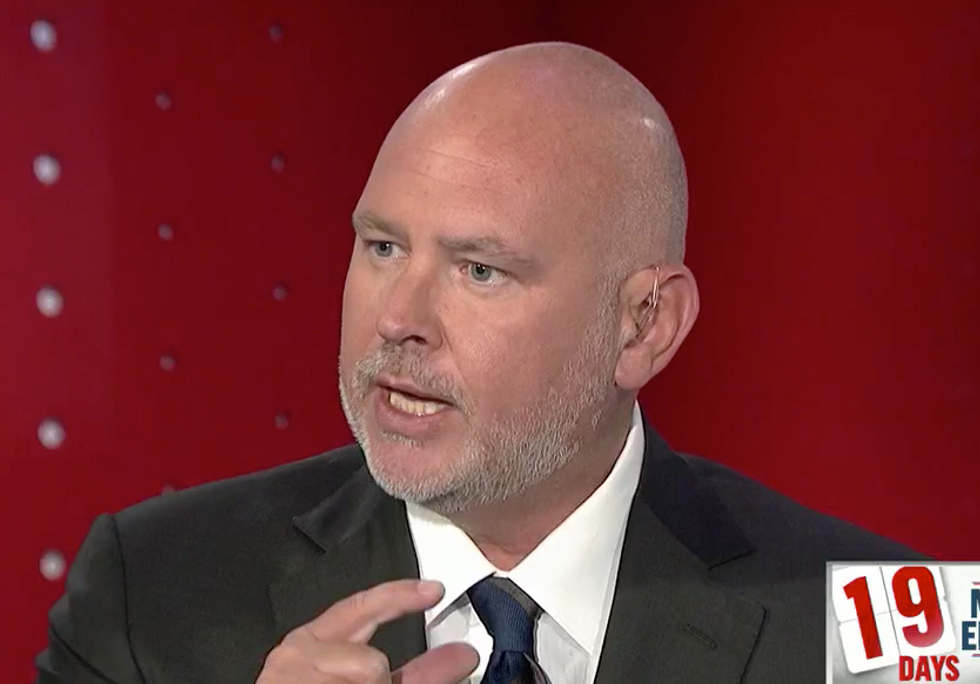 Fear continues to be the force President Donald Trump thinks will be key to maintaining his stranglehold on American political power. In the latest iteration of this tactic, he's trying to whip up concern about a caravan of immigrants making its way from Honduras in an effort to seek asylum in the United States.

In response to Trump's baseless and dangerous fearmongering, former Republican Steve Schmidt, who used to serve on GOP presidential campaigns before Trump's takeover of the party, laid out why the president's reaction is so despicable.

"These are vulnerable people fleeing some of the most violence-ravaged places on Earth," said Schmidt on "Deadline: White House" Thursday. "And why do they walk for 2,000 miles? Because of the power of an idea. That idea is this place. America. A place where people are free. And they are safe."

He continued: "And the idea that when a mother — through suffering, through abuse, through risk and sometimes death all around them — when they reach the border and they see a uniform with an American flag. And they are no longer safe. But that baby is ripped away and put into an internment camp? This is a moral outrage that harkens to the worse excesses in the history of the country. To the separation of families at the slave auction blocks, to the separation of Native American families. It is a moral outrage."

And then Schmidt turned to address Democrats, who he argued haven't done enough to stand up to Trump.

"This is the failure of the Democratic Party to address this as a small issue, not as a profound stain on our national honor," he said. "As a profoundly un-American policy. And to frame the question for the country in this vile age of Trumpism: What is it that we are? Who are we as a people?"