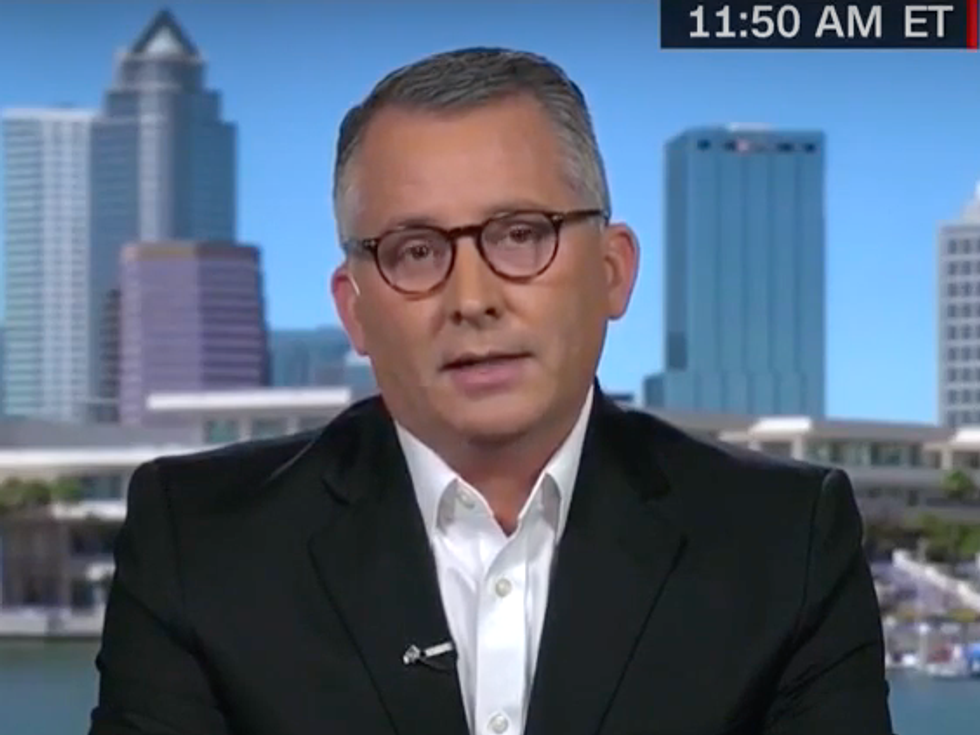 Former GOP Congressman David Jolly suggested that the GOP will continue to fall politically as Republicans double down their attacks on the women who came forward with allegations of sexual assault by Supreme Court Justice Brett Kavanaugh.

CNN anchor Kate Bolduan played a highlight reel of Sen. Susan Collins (R-ME), Sen. Chuck Grassley (R-IA) and Sen. John Cornyn (R-TX) all using the term “rock bottom” in reference to the contentious confirmation battle to confirm Kavanaugh to a lifetime appointment on the Supreme Court, despite the allegations of sexual violence and lying by the conservative jurist.

“When it comes to what you have watched play out over the last, let’s say the last two weeks, do you think Congress has hit rock bottom?” Bolduan asked Jolly.

“No, because understand what the leader of the Republican Party did just in the last hour — he called the charges against Kavanaugh a hoax,” Jolly noted, citing comments President Donald Trump made during a press gaggle on the South Lawn of the White House. “Those are unnerving words.”

“My concern is, because Republicans have seen some sort of spike in intensity, that we have been talking about now for a week, that the president and his pollsters and his followers on Capitol Hill want to keep this very divisive story of Judge Kavanaugh out there,” he explained.

“I hate to single out Susan Collins and Jeff Flake (R-AZ) and some of those members, but listen they are moderate in word, but not in deed,” Jolly continued.

“We know there are only anecdotal examples of moderate Republicans within the party, I happen to be one of them, there are a few remaining, but there is no block or wing that can influence and control the party, just as you can make the argument on the Democratic side that that moderate wing has become a disappearing element,” he argued.

“This was a moment to lead and we didn’t see leadership emerge from the Republican Party,” he observed.