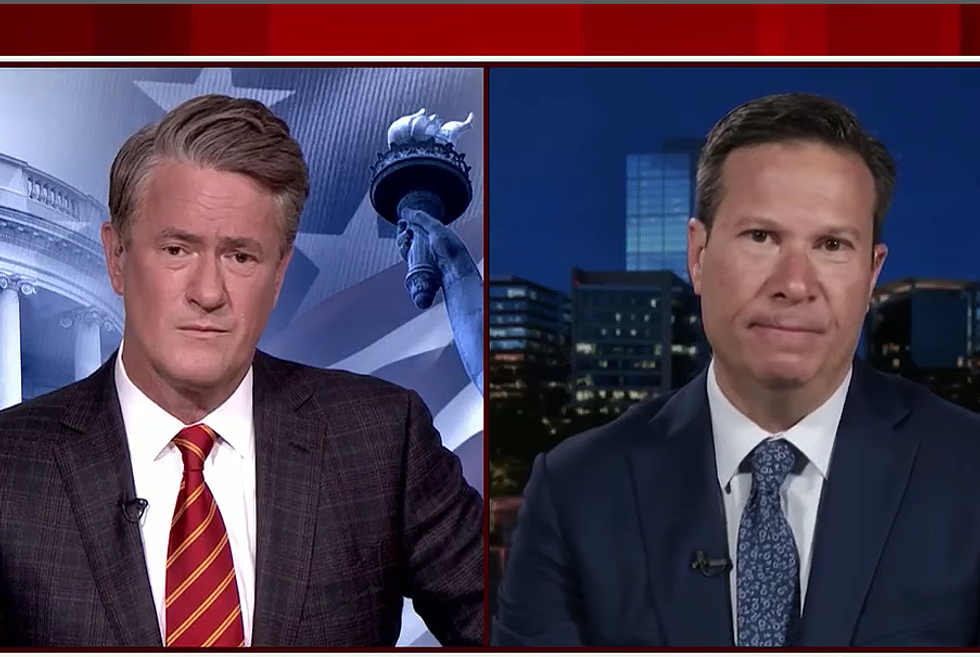 A former top FBI official revealed the investigation into Brett Kavanaugh’s background was severely — and intentionally — limited by the White House.

Frank Figliuzzi, who served as the bureau’s assistant director for counterintelligence, appeared to catch MSNBC’s Joe Scarborough off guard with his claims Monday on “Morning Joe.”

“It’s not the time limit that’s troubling me the most, Joe,” Figliuzzi said. “The FBI is capable of amazing things because of the resources they can surge in a limited amount of time. The thing that’s really bothering me — two things really — is the incredible constraints that are being put on the FBI by the White House.”

Figliuzzi said the weeklong background investigation couldn’t be fully understood without recognizing how the White House was manipulating how it was conducted.

“We’re making certain assumptions here this morning, and the assumptions are wrong,” Figliuzzi said. “The assumption that the FBI is going to have free reign within what they’ve beens tasked to do. Look at (Deborah) Ramirez, you make an assumption you’re going to interview all of the witnesses to the Ramirez incident, names she provides you, you’re going to go to Yale and find people who were living in the dorm at the time. That’s not happening.”

Figliuzzi said the White House was placing other constraints on the FBI before the full U.S. Senate votes on Kavanaugh’s confirmation.

“The FBI is not only dictating who you can interview, but also what investigative steps you can take within that allegation,” Figliuzzi said. “So, for example, this morning we still don’t have any word that Dr. (Christine Blasey) Ford is even on the list of people to be interviewed.”
Ford’s attorney has said she has not been contacted by the FBI, and Figliuzzi said the Kavanaugh accuser shouldn’t expect to hear from investigators.

“In fact, we’re hearing from sources it’s the opposite,” he said. “That her statement is always — is already on record, we don’t need to hear from her again. That’s a terrible mistake to be made, and I want the public to understand.”

Scarborough agreed the White House should be more transparent about its executive oversight of the investigation, but he asked Figliuzzi whether he knew more about the investigation than what had already been reported.

“I am sitting here this morning telling you they are severely limited, and I know they are,” Figliuzzi said. “I know there’s frustration, and I know that the bureau is going to have to come back for every request that they want to add to a very, very short list. The FBI has been handcuffed, and the clock is ticking on this artificial one-week deadline.”

Scarborough asked him point-blank whether he had inside sources confirming the White House had essentially blocked a full investigation.