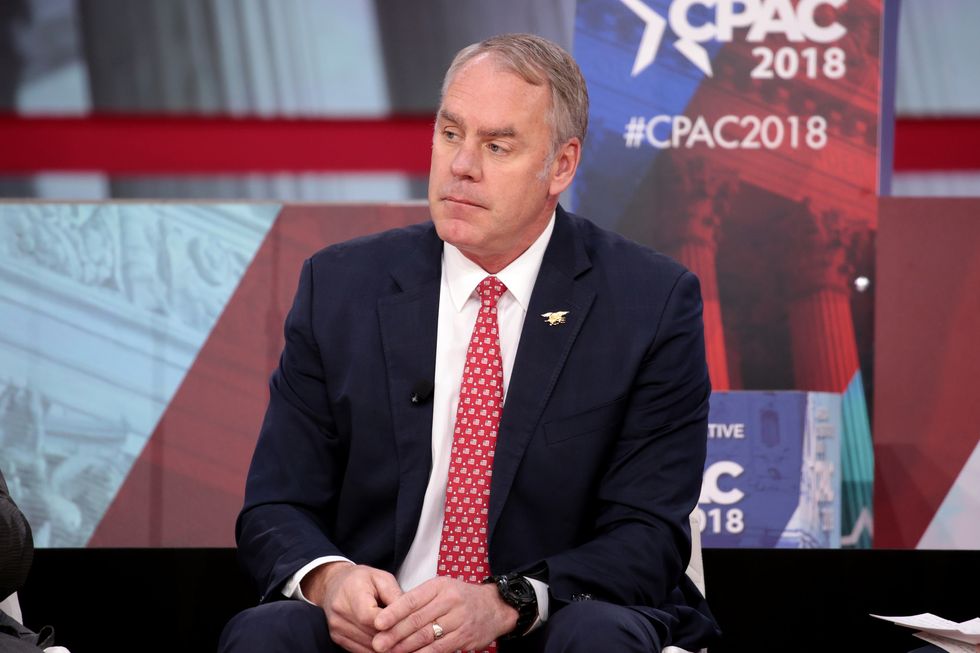 Will Interior Secretary Ryan Zinke be the next of President Donald Trump's Cabinet officials to go?

The latest reason to think Zinke may face the same humiliating fate as former EPA Administrator Scott Pruitt and former Health and Human Services Secretary Tom Price was revealed Thursday in a new report from the Washington Post. It said that an internal investigation has found that Zinke misspent government funds in violation of federal policy.

The Interior Department’s watchdog found that Zinke violated department policy by allowing his wife to travel in government vehicles and instructing his security detail to drive an associate to the airport.

The decision to take an unarmed security detail on his overseas vacation cost taxpayers $25,000, the report found.

Zinke was already facing scrutiny this week when it was announced that he was replacing the department's inspector general — a career official — with a political appointee from the Department of Housing and Urban Development. This appeared to be a blatant effort to remove an independent and potentially critical force within the agency and replace her with a toady. Around a dozen investigations of potential misconduct were already looming over Zinke at the time of the announcement.