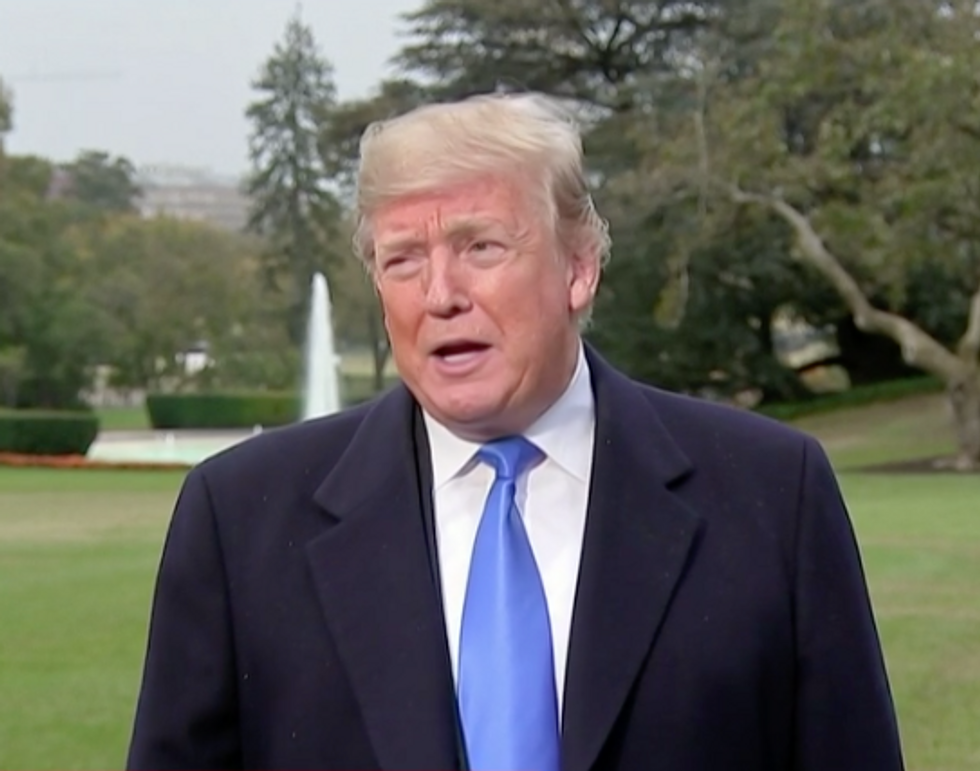 The man accused of mailing 13 pipe bombs to various Democratic politicians and public figures, Cesar Sayoc, is safely captured and awaiting trial, but the damage he has done and the rifts he has exposed in our national psyche remain.

But President Donald Trump is unwilling to do even the bare minimum to try to heal the nation. In fact, when CBS asked, he was unwilling even to commit to calling Barack and Michelle Obama, or any of the other people who were targeted with the improvised explosives.

"If they wanted me to, but I think we'll pass," said Trump. "Thank you very much."

He added that he did not consider himself responsible for the violent state of political rhetoric in America. "Well, I think I've been toned down, if you want to know the truth. I could really tone it up, because as you know, the media's been extremely unfair to me and to the Republican Party."

Trump, asked if he will call the Obamas or any of the other targets: "If they wanted me to, but I think we'll probably pass, thank you very much." (via CBS) pic.twitter.com/Zx7D1vnk5B

To be clear, Trump has spent a large amount of time, first on the campaign trail and then in office, calling his political opponents "evil," and suggesting they should be imprisoned, beaten, or even shot — and he singled out by name most of the people who were targeted. Sayoc, for his part, is an avid Trump supporter and registered Republican who attended Trump's rallies and trolled Democrats online. As a matter of basic human decency, or even just protecting his credibility, Trump should want to reach out to the victims and personally disavow what was done in his name.

But the second part of Trump's response was revealing. Far from feeling responsible in any way, he considers himself and the Republican Party to be the victims in all of this, because of media criticism.