This Fox News Anchor Is Actually Calling Out Trump's 'Disturbing' Attacks on the Media: 'That Is Wrong' 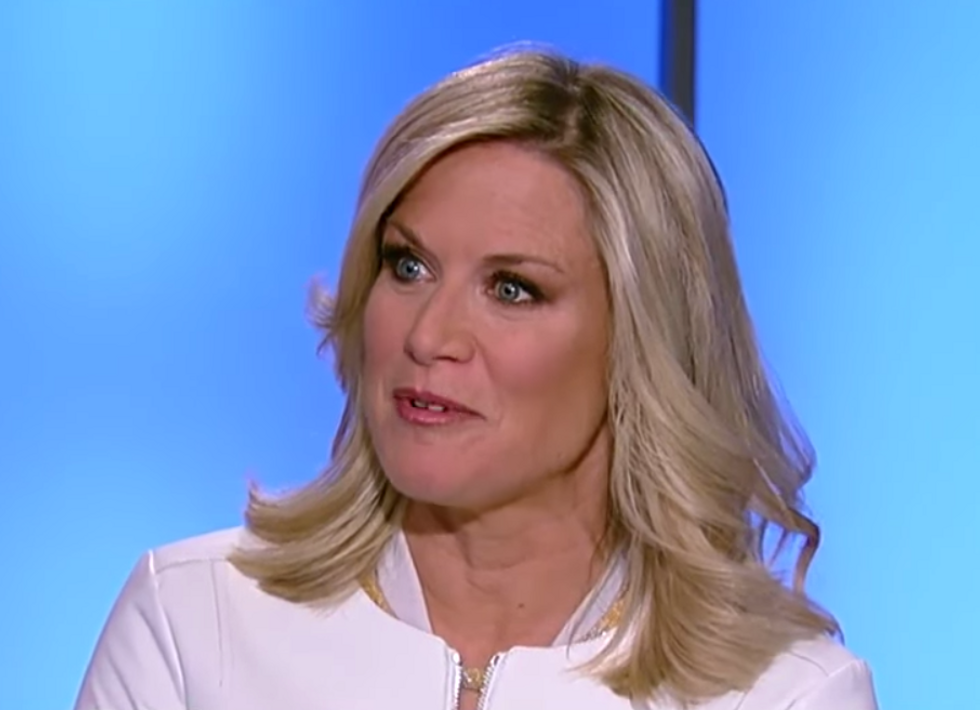 President Donald Trump has been at war with the media for his entire time in office.

From calling negative stories about himself "fake news," to saying the media is the "enemy of the people," to threatening to "open" liberl laws to sue journalists, to barring reporters from mainstream sites from meetings while allowing right-wing ones, to praising a congressman for physically assaulting a reporter, Trump has made clear that he does not care for the Fourth Estate.

It has gotten to the point where even his conservative allies in the media are uncomfortable.

In an interview with POLITICO's Women Rule podcast, Martha MacCallum, Fox News' midterm elections reporter and anchor of the primetime show "The Story," made clear that she is sympathetic to Trump's frustration with the media, saying that reporters "don’t give him credit for anything" — but she also had harsh words for Trump's attacks on the press, saying that she takes it "personally" when Trump paints the whole media with a broad brush as biased and fake.

"When he points at the press in the back of the room and calls them the enemy of the people, that is wrong," said MacCallum. “And it exacerbates the situation."

Of Trump's liberal use of the term "fake news" for any story he doesn't like, MacCallum said, "I find it disturbing. I think it’s a mistake."

Fox News has remained a reliable cheerleader for the president, focusing on the stories he wants focus on and diverting attention from his scandals and setbacks. For example, Fox has covered the Russia investigation far less than other outlets, and when they do, a large portion of it is devoted to conspiracy theories about the FBI's supposed misconduct while carrying it out. They also devoted less time to Scott Pruitt's scandals, the Rob Porter affair, or Republican fallout over attacks on health care. At the same time, they have religiously covered immigration, the national anthem protests, and the perceived threat of media bias from other outlets, all of which plays to the Trump crowd.

And yet, even Fox hosts appear to be unable to swallow some of the Trump administration's behavior. When White House Press Secretary Sarah Huckabee Sanders appeared on "Fox & Friends" on Wednesday to discuss Trump's threat to abolish the 14th Amendment by executive order, even pro-Trump co-host Steve Doocy seemed incredulous at her claim that Democrats were forcing him to do so.

Whatever else might be said about the quality or slant of Fox News' reporting, they are still, at the end of the day, part of the media. And so when Trump attacks their profession, it cannot go completely without comment.