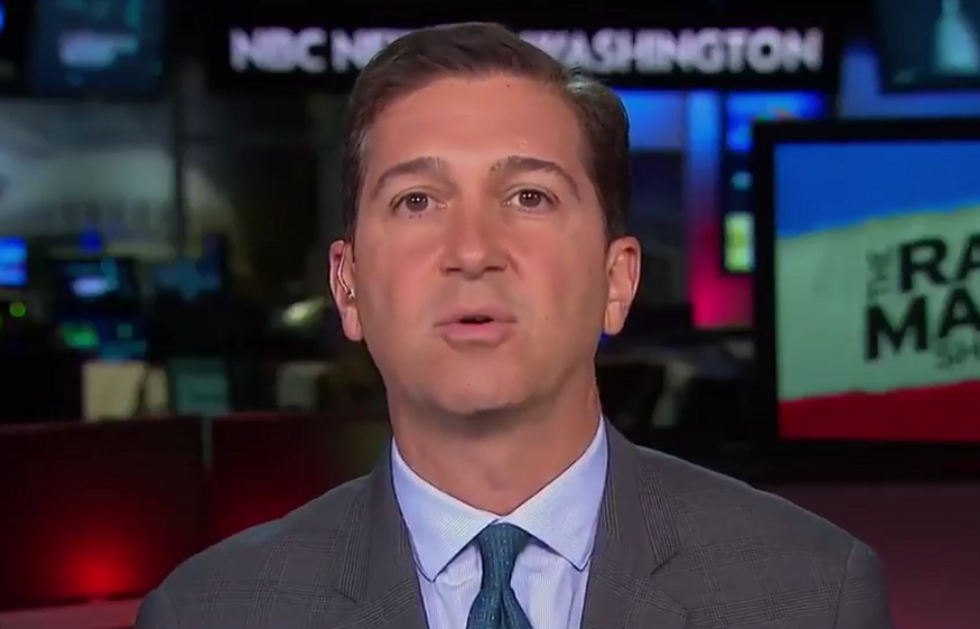 After truly Herculean pressure and the threat of defection from Republican senators, President Donald Trump finally agreed on Friday to reopen the background investigation into Supreme Court nominee Brett Kavanaugh amid mutiple allegations of sexual assault. But it quickly became obvious that the investigation was a shell, with the FBI ordered to only interview from a tiny pool of witnesses that excluded Kavanaugh himself, and barred from investigating critical elements of the case, like Kavanaugh's drinking.

On Saturday, Trump lashed out at reports that the White House had limited the investigation in a tweet. "NBC News incorrectly reported (as usual) that I was limiting the FBI investigation of Judge Kavanaugh, and witnesses, only to certain people. Actually, I want them to interview whoever they deem appropriate, at their discretion. Please correct your reporting!"

But Trump was incorrect. The White House had, in fact, placed these limits on the investigation — which was not lost on security reporter Ken Dilanian, who discussed the issue with MSNBC's Joy Reid.

"At the time that Donald Trump said and then tweeted that no, the FBI could do whatever they want, and said verbally that that was the case, was that the case?" Reid asked.

"No, that was total disinformation," said Dilanian. "And senior administration officials have confirmed that to NBC News. At the time he tweeted that, there were severe restrictions on the FBI investigation."

Indeed, Trump appeared to acknowledge this fact when he gave an order today allowing for a slight loosening of the restrictions. But, as Dilanian noted, even now, it is still a heavily regulated investigation.

"As far as I am aware," Dilanian added, "the FBI is still not going to be able to examine this question of, did Kavanaugh lie about his drinking? And so these people who have come forward to say that, and say they want to talk to the FBI, the White House cannot stop that from happening but it's not clear what's going to happen with that information, other than that the FBI agent who takes the interview will write it up in a report and send it up the chain."

"As far as I am aware," he concluded, "that's not really the subject of their inquiry right now, even though many Democrats would like it to be, because they think it goes to Kavanaugh's credibility."

Joy Reid: At the time that Donald Trump said and then tweeted that that FBI could do whatever they want, and said verbally that that was the case, was that the case?

Ken Dilanian: No. That was total disinformation. pic.twitter.com/BJzqzvnJjN