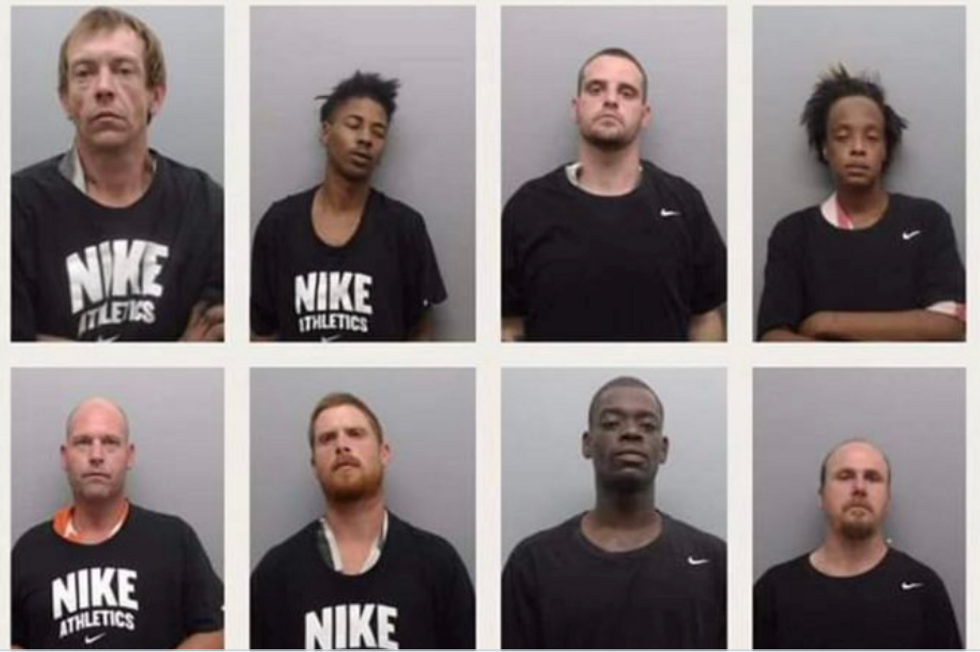 Activist Shaun King, a columnist for The Intercept and co-founder of the Real Justice PAC, has reported, via Twitter, that in Union County, Arkansas, the sheriff’s department has been taking mugshots of inmates wearing Nike t-shirts—and according to King, it might be a way “to mock Nike and Colin Kaepernick.”

The 30-year-old Kaepernick (former quarterback for the San Francisco 49ers) has been famous not only for his contributions to American football, but also, for his political activism. Kaepernick is among the football stars who has been “taking a knee,” meaning that he has been kneeling rather than standing during the U.S. National Anthem at National Football League (NFL) games as a way of protesting against injustices against African-Americans. While Kaepernick has been rightly hailed as a patriot by liberals and progressives, Republicans have been highly critical of him—and some wingnuts have been furious with Nike for making him the new face of its “Let’s Do It” campaign.

By photographing inmates wearing Nike t-shirts, King alleged, the Union County Sheriff’s Department had found a way to insult Kaepernick and Nike simultaneously. But not long after King’s tweet—which denounced the practice as “disgusting”—all mugshots of inmates wearing Nike t-shirts had been removed from the department’s jail roster. King, who has more than one million followers on Twitter, sent his tweet at on Wednesday evening, October 10—and the photos were soon removed from the Union County Sheriff’s Department’s website. However, screenshots of the mugshots have remained on other websites.

According to the jail roster, the use of Nike t-shirts in mugshots by Union County Sheriff’s Department goes back to mid-September.

After King’s tweet went viral on Wednesday night, the Union County Sheriff’s Department contacted Sheriff Ricky Roberts for comment but was unable to reach him.