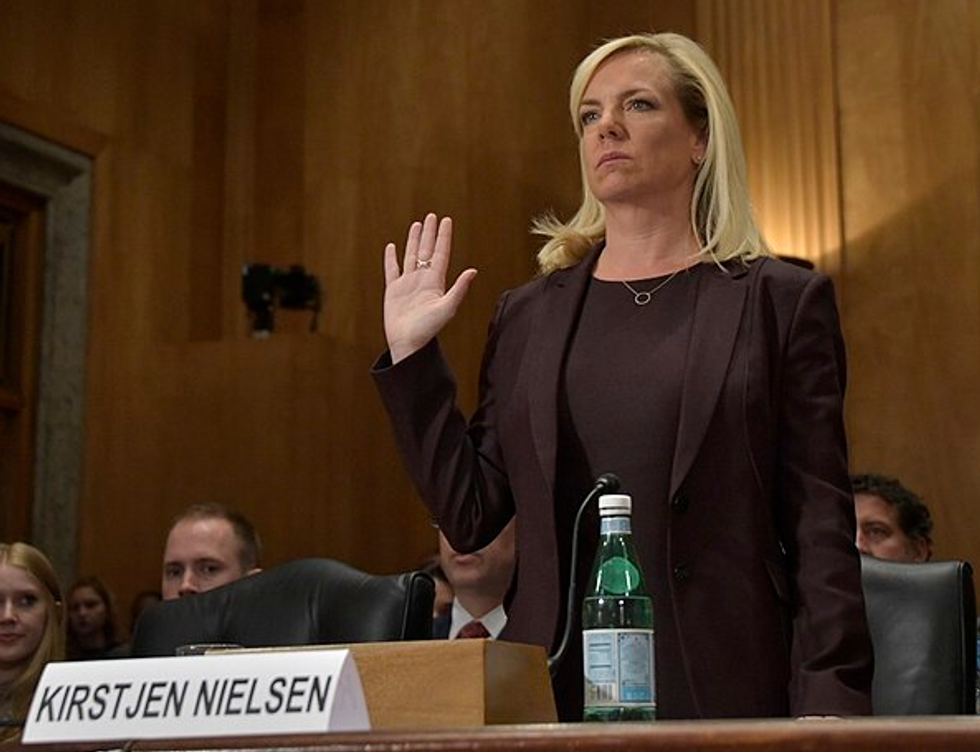 According to a new report released by the Department of Homeland Security Office of Inspector General, the Trump administration's "zero-tolerance" policy on migrant families was an utter failure and horrifically bungled from the start.

As NBC news reports, children were held in inadequate facilities, and ports of entry became so backlogged that it might have actually encouraged some families to cross the border illegally:

Tuesday's report said Customs and Border Protection held children for long periods in facilities intended to be used for only short terms, lacked the ability to reliably track children separated from their parents, and in some cases failed to adequately inform parents about the separation policy.

The inspector general also said that while the Trump administration urged asylum seekers to come through ports of entry, CBP officers were overwhelmed and regulated the flow into those facilities. "Backlogs created by these competing directives likely resulted in additional illegal border crossings," the report said, when families grew tired of waiting and looked for other ways to enter the country.

Immigration law allows CBP to hold unaccompanied children for up to 72 hours before transferring them to the Office of Refugee Resettlement, because the facilities often lack adequate bedding or separate sleeping rooms for children. But the report found the limit was succeeded often. About one-fifth of the children were held at least five days, and one child remained in custody for 12 days.

This report is only the latest in a series of horrific glimpses into how migrants have been treated under Trump's administration. Another report, stemming from a surprise inspection of a privately-run detention facility operated for Immigration and Customs Enforcement (ICE) in Adelanto, California, revealed "improper and overly restrictive segregation," "untimely and inadequate medical care," and even bedsheet nooses hanging from air vents in detainee cells, with multiple people attempting to hang themselves and then being mocked as "suicide failures" by guards.

Homeland Security Secretary Kirstjen Nielsen insisted as late as June that "We do not have a policy of separating families at the border. Period." A subsequently leaked memo suggests Nielsen was fully aware of the policy's existence at the time she made that statement.

Despite the fact that a federal judge ordered all families separated under the zero-tolerance policy to be reunited by July 10, some 400 children are still detained without their families. A former head of ICE, John Sandweg, has suggested many of these children will never see their families again.